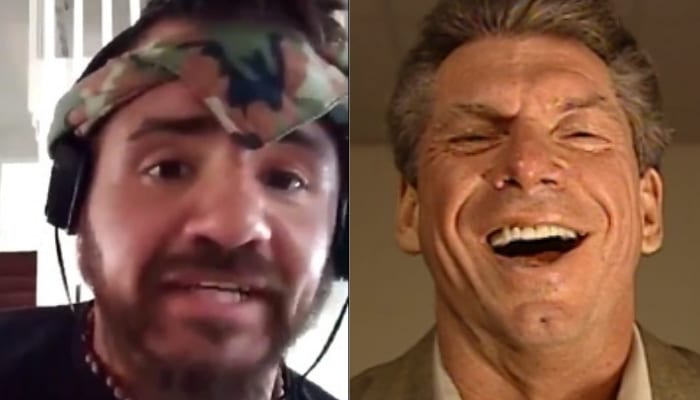 Armando Alejandro Montalvo was shot outside the WWE Performance Center in 2015 after he charged at police. After life-saving surgeries, Montalvo’s life was saved but he had a scar on his chest as a reminder of what he’d been through.

But he isn’t done yet and is constantly updating his social media with strange messages. He recently did an Instagram live session and during his one-man performance, he acted like he was talking to Vince McMahon and had something rather interesting to say.

You can check out the portion of the video below, but it looks like he might still have plans of being around Vince McMahon if these statements are any sign of things.