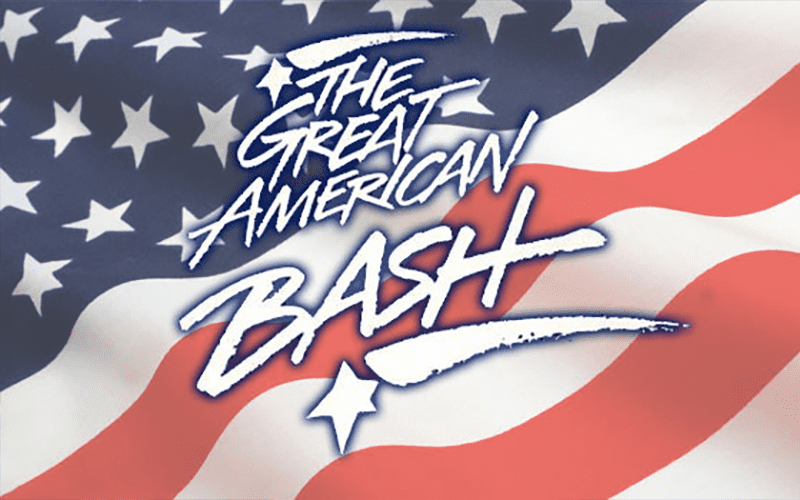 There is speculation that WWE could be bringing back The Great American Bash pay-per-view event.

WWE sent in an application to the United States Patent and Trademark Office back on April 27th for the rights & usage of the name. While WWE hasn’t used the name in nearly a decade, it’s very possible that the event could be revived similar to War Games and Starrcade last year.

We will keep you updated if we receive additional details regarding the event returning.