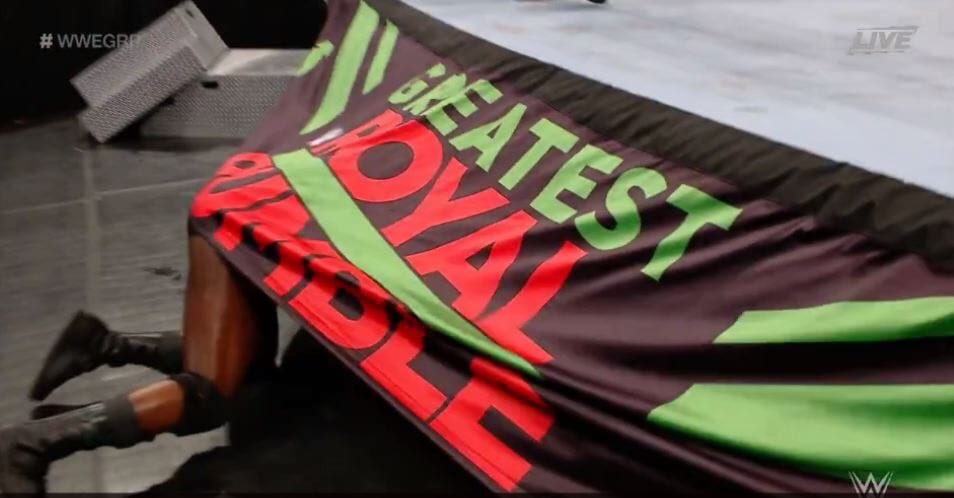 Whenever something happens there could be some people who look at the event in a cynical fashion because it’s so hard to believe anything at face value anymore. So when Titus O’Neil slid into home during his Greatest Royal Rumble Match entry some people thought it was interesting how WWE was able to capitalize on it so quickly with merchandise.

But the fact is WWE can get a t-shirt printed and ready to be shipped out in a matter of hours because they’re such a large operation.

Apparently, this is still a source of discussion because some people are saying WWE didn’t install an LED board on the side of the ring because they knew it was coming.

It’s a good thing WWE didn’t put an LED board up because Titus’ slip was totally an accident and the missing LED board had nothing to do with it.