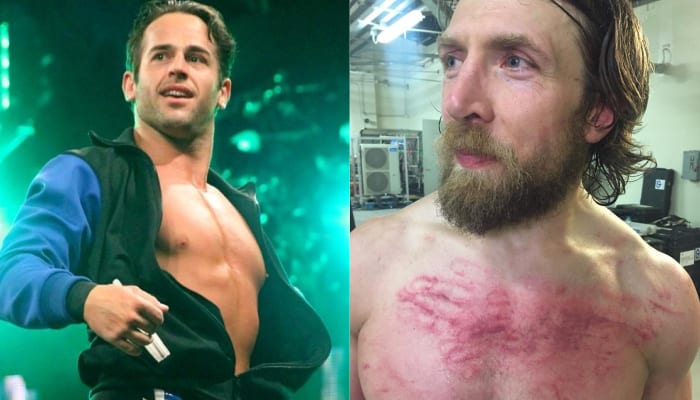 Everything seemed to be going Daniel Bryan’s until Roderick Strong joined the match. Roddy lit up Bryan’s chest with an assault of stiff chops that ripped Daniel’s chest to shreds.

Not only did Bryan credit Roderick for giving him a blistered chest, but he also really put over Strong in the process during a post-match interview.

It looks like Roddy noticed all the publicity his sharp chops were getting and he sent out a nice little graphic to Bryan illustrating the damage he caused. Apparently, an old rivalry has been renewed in WWE, Strong just needs to make it to the main roster in order for it to really take off.