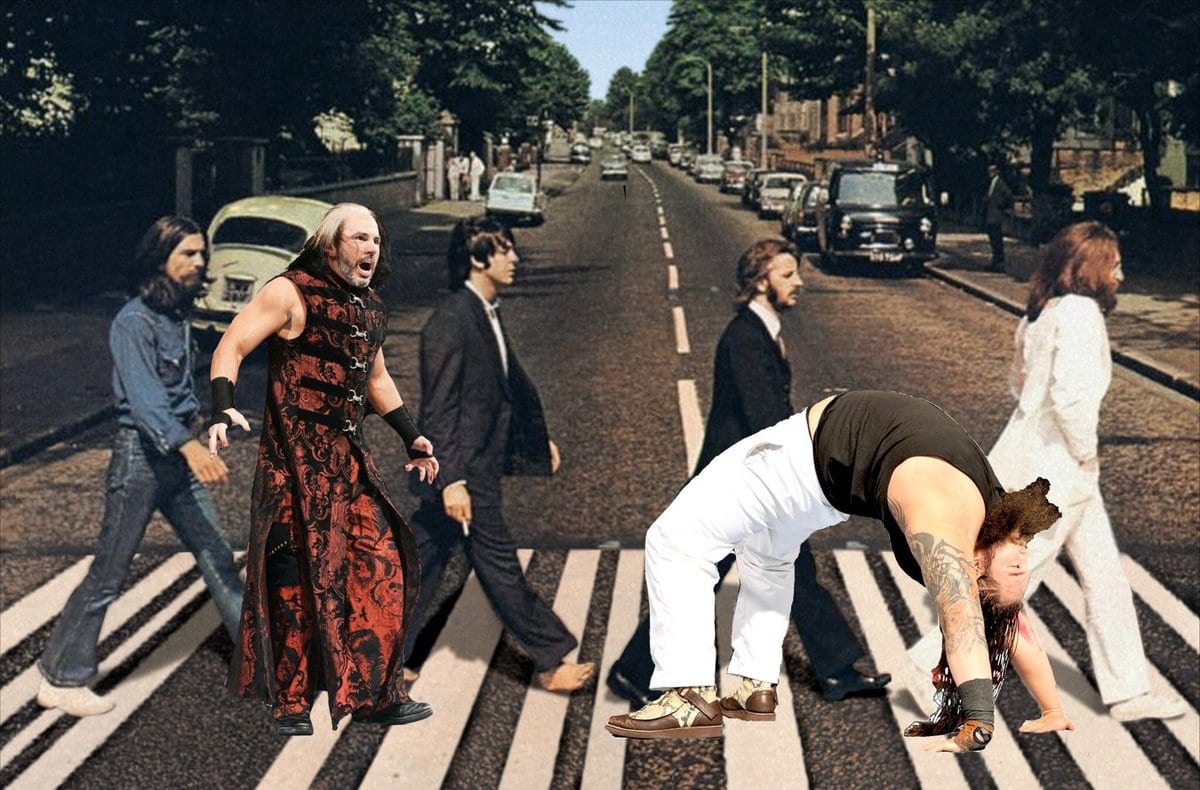 Fans of The Beatles have often wondered if Paul is really dead ever since the controversy and conspiracy theories came out decades ago.

It turns out in the process of showing The Deleter Of Worlds’ trip through the past Wyatt has revealed an age-old mystery in the process.

While sharing a picture of himself and Matt Hardy photoshopped into the classic Abbey Road photo of the Fab 4 walking across the street, Wyatt disclosed that this wasn’t the real Paul.

Vince Russo knew it all along in yet another instance where he was correct about something.

Bro—that's what I've been sayin' all along!!!