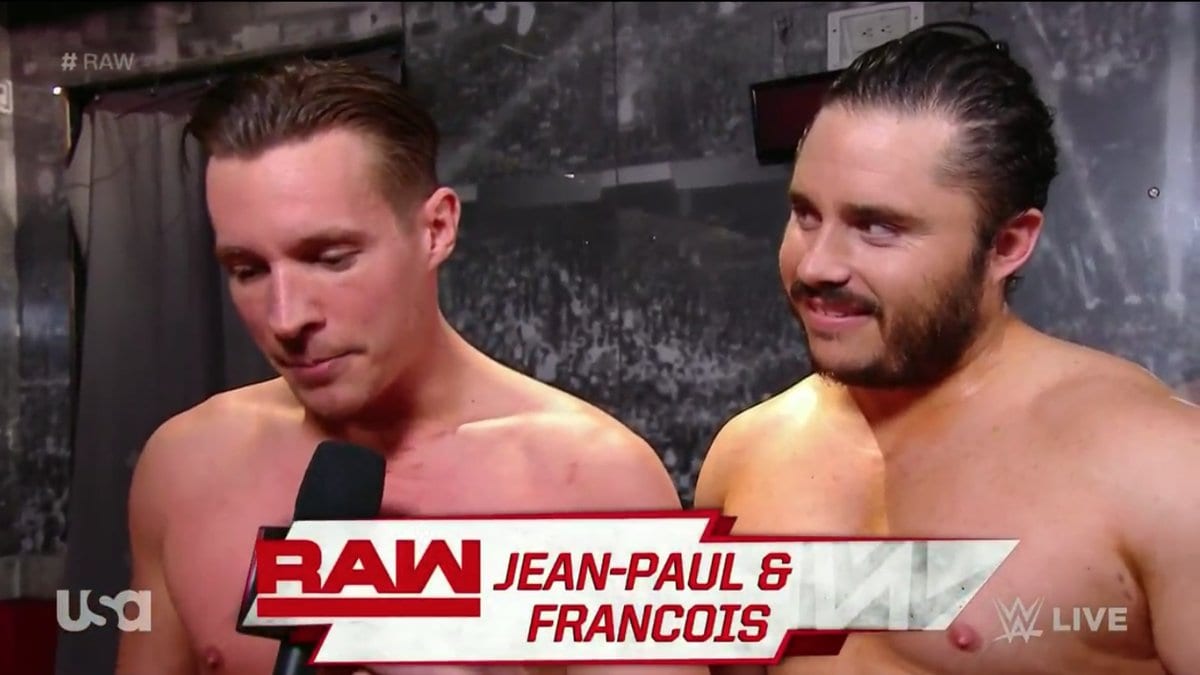 AOP  had a pretty easy time taking care of Jean-Paul and Francois during Raw this week but there was a reason why the Montreal crowd was so into them.

It turns out Authors Of Pain’s opponents were Scott “Jagged” Parker and Shane Matthews better known as 3.0 who are regulars at International Wrestling Syndicate.

The two-time IWS Tag Team Champions didn’t fare too well against Akam and Rezar but the crowd seemed to love having them make an appearance on the show anyway.