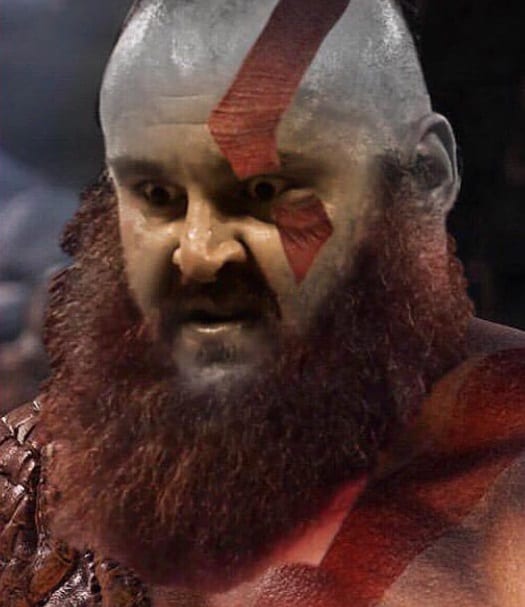 Braun Strowman is currently running over anyone he can on the WWE roster but it looks like he wants to give his hands to more than just mere mortals.

The Monster Among Men recently posted a picture of himself looking like Kratos from God Of War in a side-by-side comparison with the video game character.

If God Of War does become a movie and they don’t give Strowman a call it might be a big mistake.

Now I wouldn’t mind playing this roll in a movie one day!!!!!! #GodOfWar #TheMonsterAmongMen #MonsterAmongActors #WhatDoYallThink