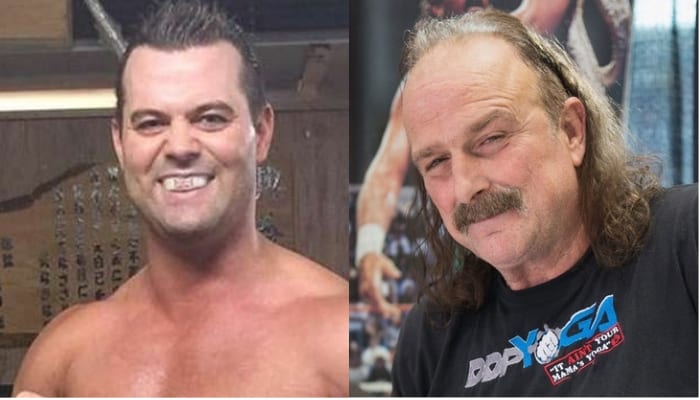 Jake Roberts and Davey Boy Smith Jr had a little confrontation during WrestleCon that resulted in Smith tossing coffee in Roberts’ face.

Apparently, Roberts insulted Smith’s legendary father and refused to apologize for it.  There were battery charges out on Davey Boy Smith Jr, but it looks like that is over with now.

F4WOnline reports that Jake Roberts will be dropping the charges against Smith so Smith won’t be facing any criminal prosecution for this ordeal.