Ryback opens today’s show by speaking about the death of WWE legend and Hall of Famer, Bruno Sammartino. He says that Sammartino was a “man’s man” who lived a great life, and he doubts if we’ll ever see any record-breaking Championship reigns like Sammartino’s ever again.

He adds that when he wrestled and lost to Kalisto on the Kickoff Show for WrestleMania 32, Sammartino was in attendance. Ryback was told that when he lost to Kalisto, Sammartino slammed his hands down on a table and was outraged because he couldn’t understand why WWE would book that match like that. Ryback was amazed by that story and although he didn’t know Sammartino personally, it meant a lot to have his respect like that. 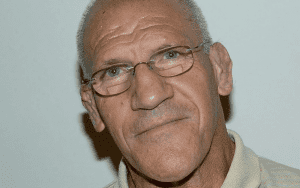 Ryback comments on a very nice gesture by The Rock from this past week. The Rock rented out a local theatre for a girl who asked him to attend prom with her. Although Rock couldn’t make the prom due to his hectic schedule, he surprised the girl with the exciting news over her high school’s intercom.

Ryback informs that he only met The Rock a few times, but he came off as a great dude every time. He thinks The Rock would happily do something like this for his fans because that’s the kind of guy he is, but Ryback also notes that this was a great PR move for Rock’s new movie, given that this story will be picked up by all the major news outlets.