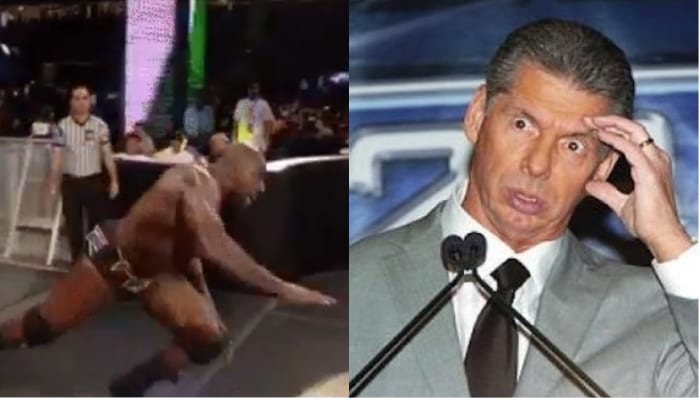 Titus O’Neil took a dive at the Greatest Royal Rumble as he made his entrance to the ring.

WrestlingNews.co reports their source told them Vince McMahon busted into a huge roar of laughter backstage when the spot went down. McMahon was reportedly almost in tears while laughing and the rest of the wrestlers backstage were rolling in laughter hard as well. Vince couldn’t get enough of it which is why they replayed the clip so many times.

McMahon is notorious for his love of schadenfreude. No matter where Vince is he’s still the guy who loves the look on someone’s face just before you push them into a swimming pool with all their clothes on. He obviously loved seeing Titus fly under the ring as well.