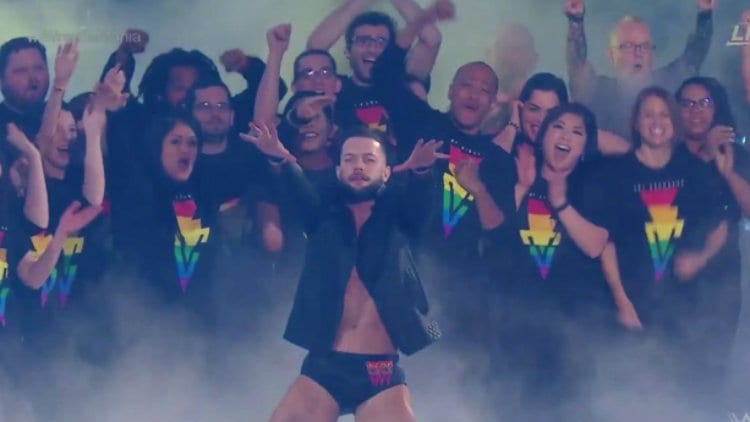 Finn Balor didn’t sport his Balor Club Is For Everyone gear to the Greatest Royal Rumble. It’s a big change from his WrestleMania entrance where he emerged out of a crowd from New Orleans’ LGBT community on the ramp. Because in Saudi Arabia they aren’t too friendly with this kind of acceptance.

Balor tweeted out a message to fans letting them know that he’s been wearing this gear for a while now and apparently it was a special deal which ended after six appearances in the gear. “My support continues despite any color choice, change or laundry schedule,” he said in his reply.

My Rainbow Gear was a statement at Wrestlemania Weeekend
Although the gear has not been worn since in 6 appearances(Hartford CT, Cape Town x2,Pretoria, Johannesburg ,St.Louise
Saudi Arabia)
My support continues despite any color choice, change or laundry schedule. #dirtypants

This has actually stirred up a bit of attention as well becoming a top trending moment on Twitter in the process.