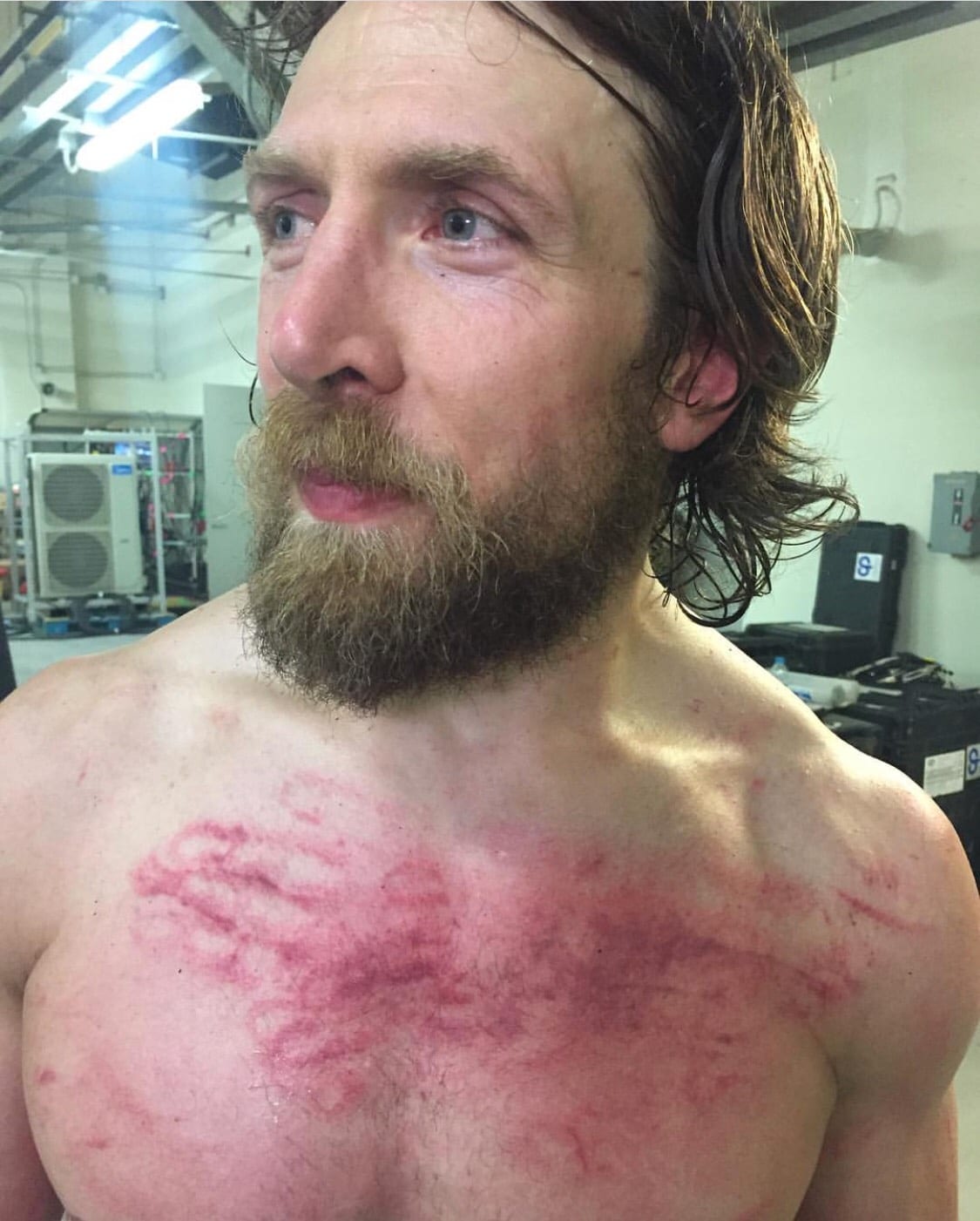 Daniel Bryan broke a Royal Rumble record in Jeddah when he stayed in the Greatest Royal Rumble match for one hour sixteen minutes and five seconds. But after that match was over his chest looked like ground beef.

In a WWE.com interview following his performance, Daniel discussed how special this event was while revealing who is primarily to blame for his torn up chest.

He said he sustained himself by using “legs, lungs, heart that’s it,” but he’s not making any excuses. He lost because he couldn’t get Braun Strowman out of the ring and neither could anyone else.

But Bryan still had a ton of fun as he pointed the finger at Roderick Strong for blistering his chest up. He said this happened about midway through the match and he hadn’t wrestled Roddy for a while so it was good to see him.

It’s always nice to reconnect with friends you haven’t seen in a while.

From a record-breaking performance to a long-awaited encounter with @roderickstrong, @WWEDanielBryan is in good spirits after the Greatest #RoyalRumble Match! #WWEGRR pic.twitter.com/uCma6KuAEp