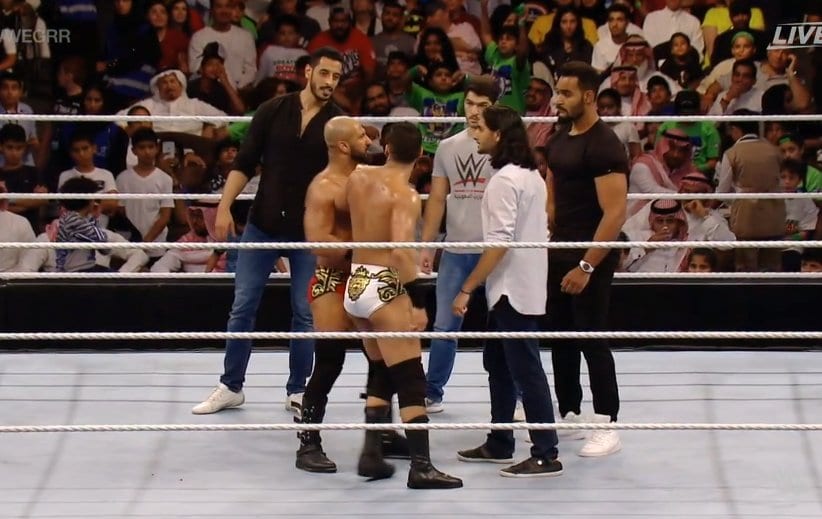 During the middle of the Greatest Royal Rumble event, four men were featured in the ring who apparently won spots in WWE during their Saudi Arabian tryouts.

It was noted on Wrestling Observer Live how the long-haired guy who cut the best promo was actually from California even though he was born in Saudi Arabia. But everyone in Jeddah was having a good time cheering for the four WWE hopefuls anyway.

Then the Daivari Brothers came down to the ring waving an Iranian flag. After they cut a promo on the recruits, each brother got a beat down and powered off. But this segment was a much bigger deal than some might realize.

WWE is receiving a lot of attention for having the Daivari Brothers come to the ring waving the flag of Iran in Saudi Arabia. It is rather interesting in a political context. Even though they were booed out of the building it is still notable in a manner outside of pro wrestling.

WWE pits Saudi wrestlers against Iranian ones in Jeddah