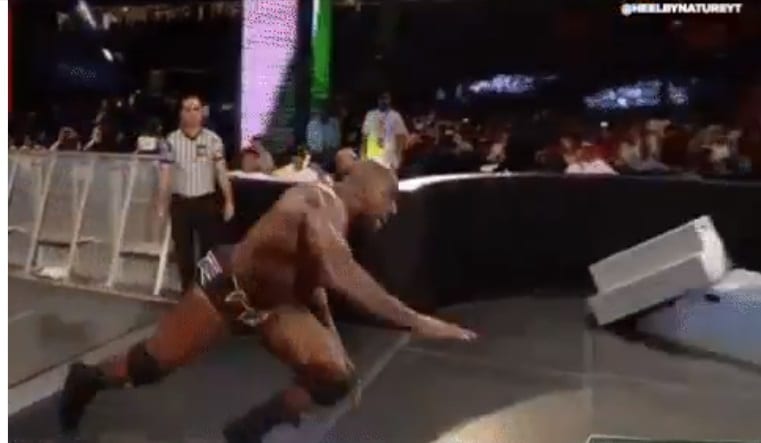 In what Michael Cole kept calling “The greatest moment in Royal Rumble history,” Titus O’Neil’s entrance into the Greatest Royal Rumble was less than successful.

Titus tripped and went flying as he reached the bottom of the ramp. He then went flying forward and slid all the way under the ring. It’s a wonder he wasn’t hurt, but he was certainly upset about it.

This botches spot got several replays and cracked everyone up on the announce team.