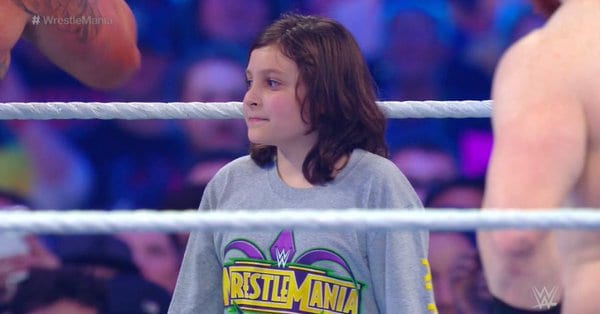 Fans had no idea who Braun Strowman would pick as his partner at WrestleMania 34. There were reports saying Rey Mysterio would be his partner but it turned out to be someone even shorter.

Instead, Strowman looked out into the crowd inside the Superdome and happened to pull the 10-year-old son of the referee for the match out and choose him to tag with.

After a very short match, Braun Strowman and Nicholas became Raw Tag Team Champions. They had to vacate the titles on the next night because Nicholas had school but he promised to be back and everyone would get Nicholas’ hands as well.

Now WWE has put a t-shirt out so you can wear this memory around with you. 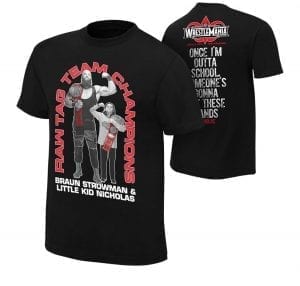