Ross opens today’s show by speaking about this Friday’s Greatest Royal Rumble event. He mentions that he’ll be travelling with Booker T and Jerry Lawler, and their flight schedule is quite intimidating. Nonetheless, he’s very happy to have been invited to work this event, and he can’t wait to get started when he lands in Saudi Arabia.

Ross congratulates The Rock on the birth of his baby daughter. He points out that he recruited and signed The Rock to WWE many years ago, and when you recruit someone you become close to them for life. He’s so thrilled to see The Rock thriving in Hollywood, and he wishes him the best as he welcomes his new daughter into the world. 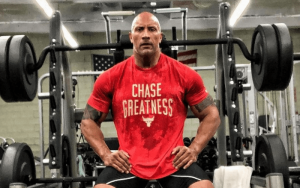 The most awe-inspiring moment Ross saw on television this past week was when Braun Strowman was running around the outside of the ring, football tackling Kevin Owens on RAW. He points out that lots of fans are talking about Roman Reigns, Brock Lesnar and the Universal Championship, but he’s still convinced that Strowman is the future face of WWE.