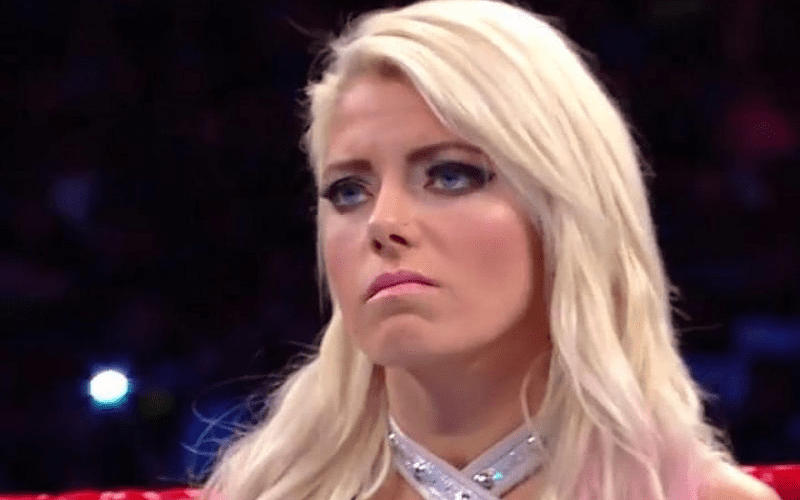 Alexa Bliss has been on television every week but she’s been cleverly featured in backstage segments like when she shot that PSA against Nia Jax’s bullying. She was also featured in the 10-woman tag main event match on Raw this week but she didn’t take a tag nor was she involved in the spot where Jax took everyone out with a dive from the apron.

But Bliss is still technically out of action due to a recent breast enhancement surgery. It was noted in the Wrestling Observer Newsletter that she actually had her old implants replaced with a new set.

“Bliss had recent surgery for new implants. She had them since before she started in the company and had new ones put in. This follows Billie Kay and Peyton Royce.”

It might be a couple more weeks until she returns to action, but if she had her operation shortly after WrestleMania when she first stopped competing in the ring then her expected six-week recovery time which is the usual recovery time for this type of procedure is coming up soon so she very well could be ready for Backlash.