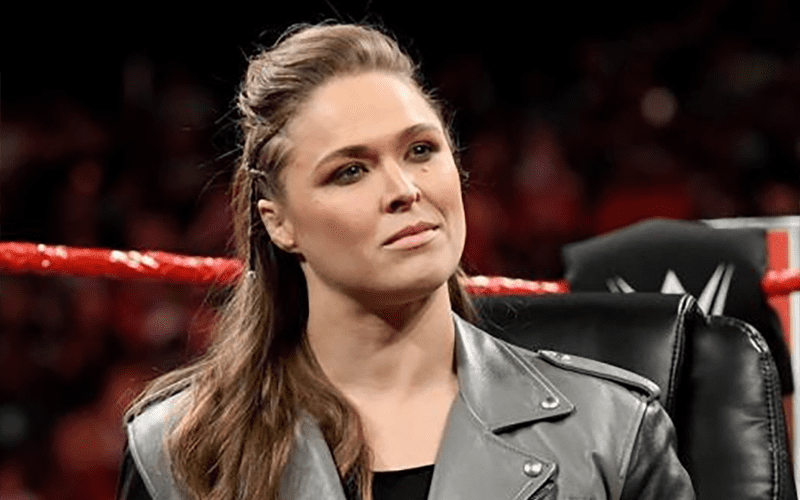 Ronda Rousey’s first few feuds in WWE need to be booked carefully. After coming in at WrestleMania 34 with a ton of publicity anything she does is going to attract attention and WWE needs to keep it that way.

Bryan Alvarez recently discussed the possibility of Rousey’s future in WWE on Wrestling Observer Live where he broke down what might need to happen before her on-screen friendship with Natalya comes to an end.

“[Ronda Rousey] is working some dates with Mickie James which was set up on Raw and I actually would not be surprised if they did the slow burn to Ronda and Nattie and they did the Ronda Rousey vs Mickie James matches — I don’t know if it’s going to be on Backlash, it might be. They’re still building up that Backlash card.”

The point was made that the best idea might be to keep Rousey vs Natalya until a bigger event like SummerSlam and how the two might need to be together first in a tag team environment before they implode.

Therefore if you’re waiting for Natalya to jump back over to the heel side of the roster it might take some time, but it’s likely going to happen eventually.