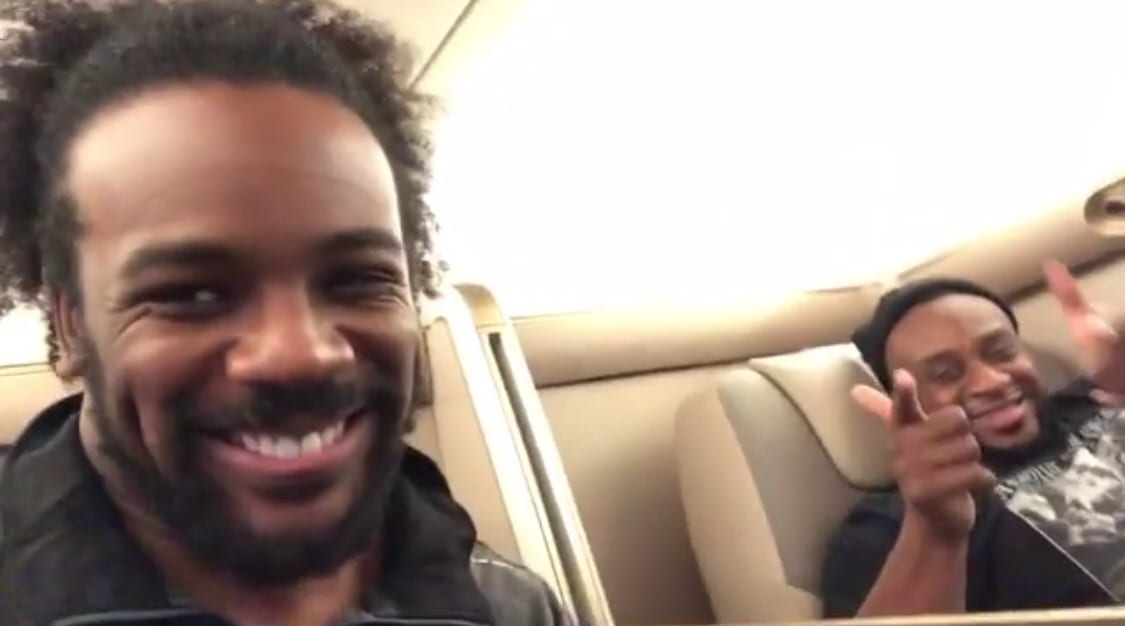 The New Day are on their way to Jeddah with the rest of the WWE roster. But just in case you were concerned that Xavier Woods, Big E, and Kofi Kingston were traveling on their long flight to Saudi Arabia in discomfort then you can rest easy.

Xavier Woods previously posted a picture of Chris Jericho on the same flight as them and it looks like this plane was loaded and full of amenities.

Woods uploaded a video on his Instagram to document the journey and as you can see the four-time WWE Tag Team Champions were well taken care of. It’s a good thing they’re traveling in style because the Greatest Royal Rumble might take a lot out of them.