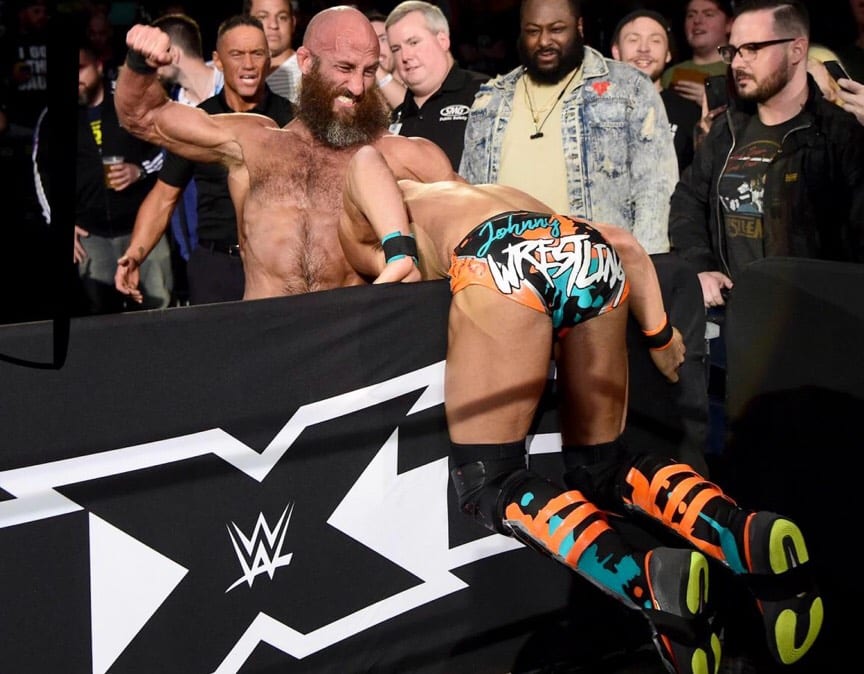 It doesn’t look like the feud between Tommaso Ciampa and Johnny Gargano is over just yet or if it is then the Sicilian Psychopath is just obsessed.

Ciampa recently tweeted out a picture from God Of War where Kratos has a big grin on his face while saying that Johnny Gargano vs Aleister Black is a five-star match.

In reality, Tommaso Ciampa vs Johnny Wrestling was a five-star match at NXT TakeOver: New Orleans so this is just another instance of Ciampa being cynical and he topped it off by including “this. is. awesome” along with some applause emojis.