Moore asks Lawler and Cornette to guess the ticket price for WWE’s upcoming Greatest Royal Rumble event in Saudi Arabia. Cornette mentions that ticket prices have to be at a premium given how many Superstars are on this show. Moore informs that the cheapest tickets are actually $2 US, and even ringside seats (that aren’t open to the public) are only $60 US.

Moore also notes that full families will be presented in certain sections where they’ll be highlighted for WWE’s cameras. This was planned in order to show that the nation is becoming more open to sexual equality, yet at the same time, single women aren’t allowed to purchase tickets. 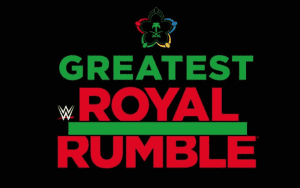 Cornette points out that some people are beginning to look at WWE as some sort of flag bearers for social justice. He suggests that since WWE are being paid handsomely for this event, they should just give each woman on the roster a healthy paycheque. Lawler says,  “I think that’s exactly what’s happening”.

Moore wonders if Lawler will encounter any issues in Saudi Arabia due to his “King” gimmick. Lawler says that’s a good question, and he begins to question whether he’ll be allowed to portray his “King” gimmick there due to it possibly offending the Royal families there.