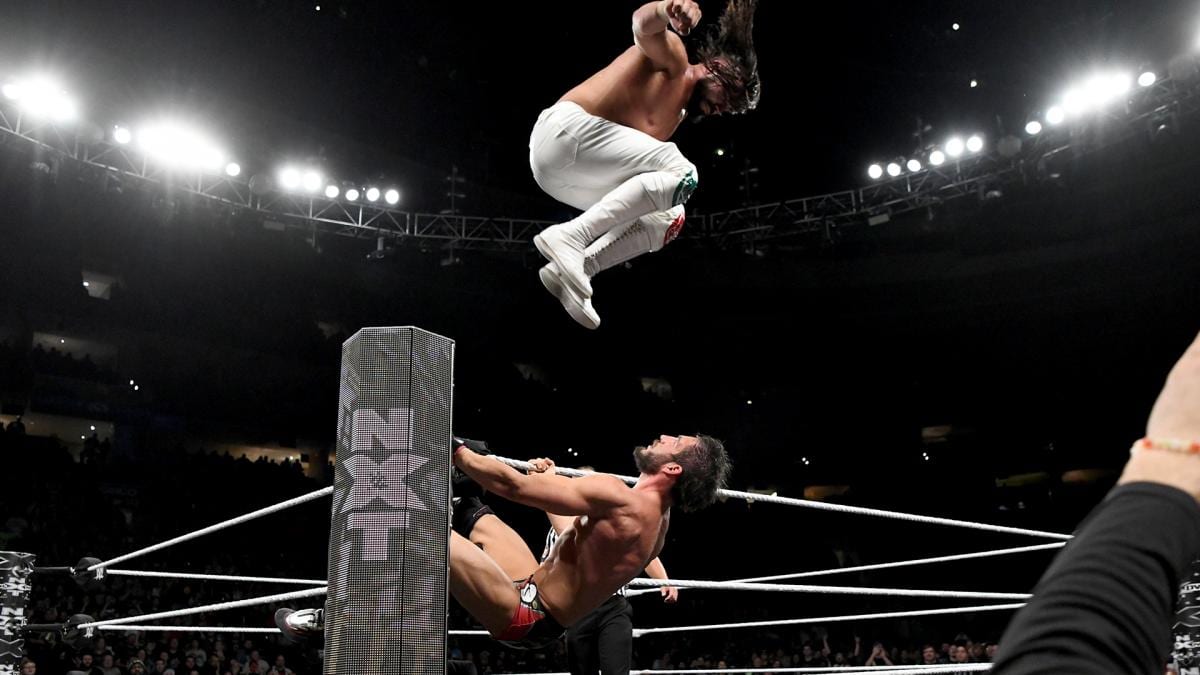 The Architect is making the rounds promoting the WWE shows in Spain and the Greatest Royal Rumble. His most recent sit-down was with Planeta Wrestling, where he discusses his WrestleMania dream match against the Shield, how he feels about a potential Daniel Bryan feud, and most notable, his thoughts about the SmackDown roster’s newest call-up, Andrade Cien Almas. Rollins had nothing but good things to say about El Idolo.

Andrade is fantastic. He is one of those guys who came into NXT from Mexico with a big buzz about him. It kind of took him a minute to find out who he was, find his footing, but I think obviously over the past six months to a year he has found out who he was and now he is on the best run of his career.

You can certainly agree on that last part. The former NXT Champion’s WWE run has been revived since being paired with manager/valet Zelina Vega, and his value may be at its highest point. Now let’s hope we get a Jeff Hardy and Andrade feud for the U.S. title please.