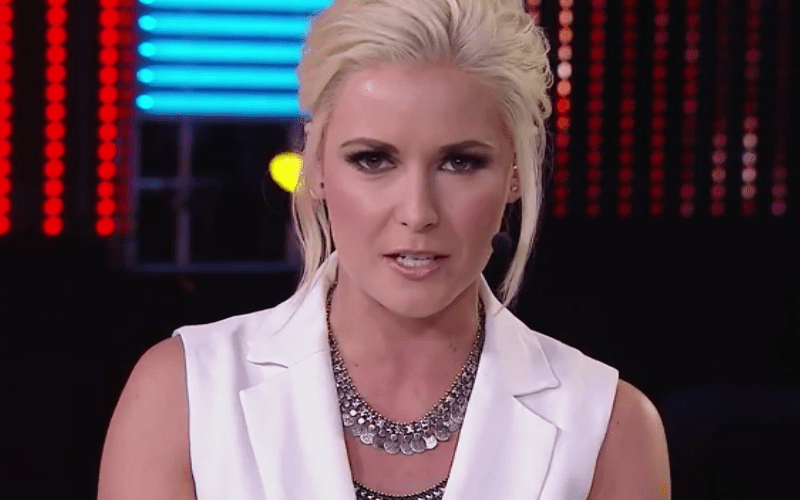 WWE is in a full-fledged Women’s Revolution regardless of who’s booked at the Greatest Royal Rumble. But as they continue to change with the times the thought keeps popping up of having a woman join the announce team on either Raw or SmackDown Live.

Renee Young’s name is often discussed when debating this matter of who would be a good fit and she has actually spoken on the subject before and she didn’t seem up for the idea. Renee said she was never really good at commentary for NXT although she appreciated the support.

While I truly appreciate all of the support on this,I would just like to remind everyone that I was never very good at commentary for NXT 😳😂 https://t.co/aQpysHDx6o

Now under a year later it looks like Renee might have changed her tune a little bit. She responded to a survey on Twitter asking fans, “If WWE were to add a woman to one of their announce teams who do you want to see them add?” The options were Beth Phoenix, Lita, Renee Young, and other with Mrs. Dean Ambrose winning with 57% of the vote.

Renee Young responded to this online victory by thanking the fans and admitting that the more she gets asked the more open she is to try it again, in the right circumstances. Mauro Ranallo is certainly a fan of the idea as he tweeted out that she has his vote.

Thanks for the love guys! I feel like the more I get asked about this the more I feel like I’d be open to trying it again. In the right circumstance. But honestly, any woman that could step up and fill that role would be huge for WWE. ⚡️❤️ https://t.co/vQc6VBKT57