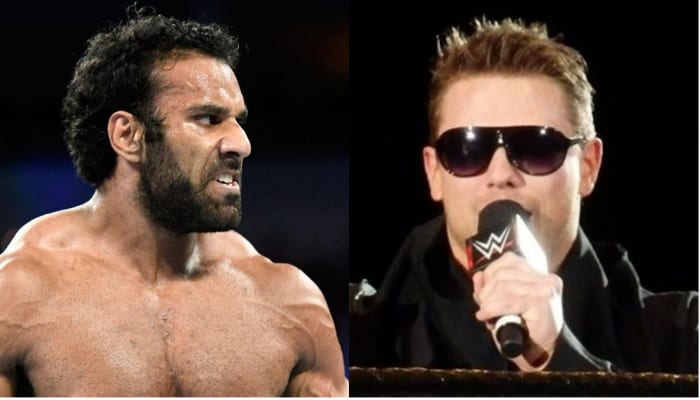 Chad Gable had his first outing on Raw as a singles star and it went well for him in the end because he defeated former WWE Champion Jinder Mahal in the process.

Jinder Mahal’s current position on Raw was a topic of discussion on Wrestling Observer Radio when Bryan Alvarez gave his theory on what is going to happen at the Greatest Royal Rumble.

“What I think is going to happen is it’s WWE booking, so [Jinder Mahal] has lost twice. That means he’s going to win the US Title, Miz wins the Intercontinental Title and they switch brands and Miz can break the IC record.”

Dave Meltzer commented how he could totally see that happening which might be an interesting way to go. But Kurt Angle did deny Jinder Mahal’s request to move back to SmackDown if he wins at the Greatest Royal Rumble so only the titles are likely to switch brands at this point.