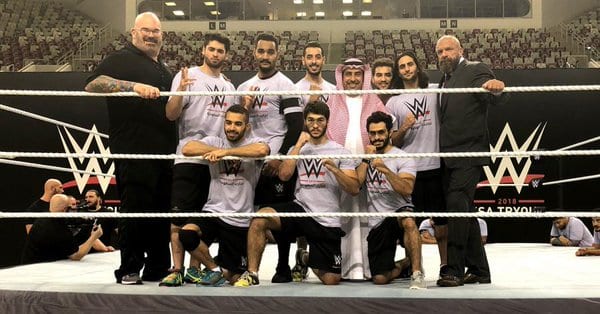 WWE is always looking to add Superstars to the machine and while they were in Saudi Arabia they held another round of tryouts.

NXT Stars Tucker Knight and Dan Matha joined Coach Matt Bloom and others as new WWE hopefuls did their best to impress and inch closer to a contract with Vince McMahon and Company.

Triple joined the sessions later on during day 4 of the tryouts and brought Mark Henry and Mojo Rawley with him who were sent over early to hype the upcoming Greatest Royal Rumble.

The eight guys who won the tryout are listed below along with a video of them at the tryouts:

The KSA Tryouts conclude with selection of paticipants

The KSA Tryouts conclude with a reveal of the participants who will continue training this week in Jeddah, Saudi Arabia.

Visited the 4th day of #KSATryouts today. This week was a huge success due to the hard work of @WWE Talent Development, @WWEPerformCtr coaches and @WWENXT talent. #WWEGRR pic.twitter.com/u2MDgDHy3A