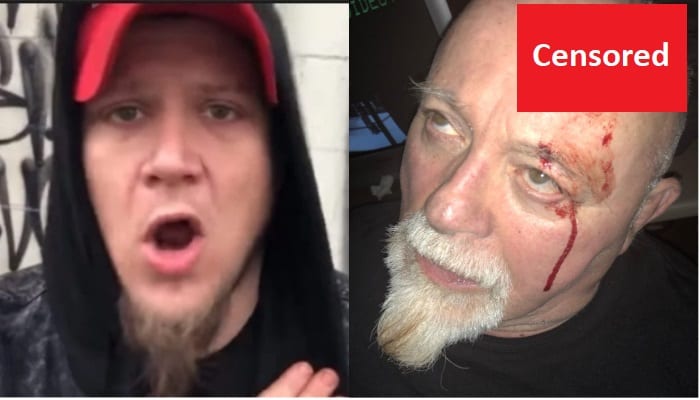 On WWE television, there are guys named Kevin and Sami who are best friends. But on the indie circuit, Kevin Sullivan got his head split open by Sami Callihan in a brutal assault.

In an unremorseful message, Callihan kept hyping his dangerous character saying his “give a fuck is broken” in the process. Sami Callihan was known as Solomon Crowe in NXT for a while and showed some promise but it didn’t work out so he decided to take off on his own.

Sami famously destroyed Eddie Edwards’ eye with a baseball bat a few months ago on Impact Wrestling and it doesn’t look like his brutal ways are done yet.

But I guess that’s what happens when Sami Callihan has a Wednesday night Bayton Street Fight at Rockstar Wrestling in Dayton Ohio.

Kevin Sullivan wanted to run his mouth tonight @RockstarProWres… So he got his old ass beat. I don’t care who you are, or what you’ve done. Just add his name to my list of victims. My give a fuck is broken. #TheDRAW #Unsafe pic.twitter.com/f0Q1ZoBXPb