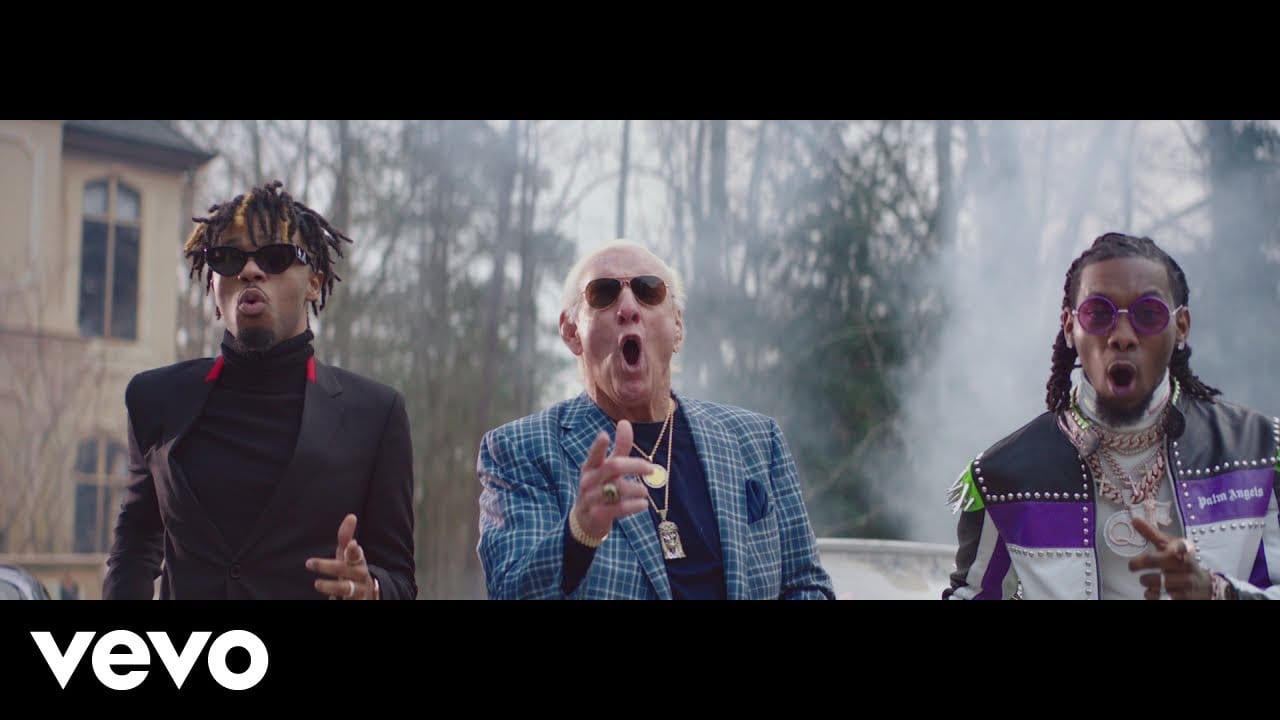 The Nature Boy has been at the forefront of the professional wrestling industry for decades with his charismatic swagger, flashy personality, and world famous WOOO catchphrase. He’s easily the biggest star in the history of the business. Not only that, but Flair’s popularity stretches far beyond the reaches of the wrestling world. He’s been a huge inspiration to the hip-hop scene for years. Killer Mike entitled an entire track to him, dozens of rappers have personally complimented his style as being their inspiration to create their rap personae’s, and he’s been name dropped by dozens of tracks including work from Danny Brown, Action Bronson (an avid old-school wrestling fanatic), Chief Keef, and now…Offset and Metro Boomin’s newest hit track, Ric Flair Drip.

Now WWE is even reminding us of his hip-hop legacy by posting a video of Flair joining the Migos member to cut a promo on the Jimmy Fallon Show during a performance of his title track. (Just like he does in the music video.) Watch below:

Discussion over. He’s the GOAT.