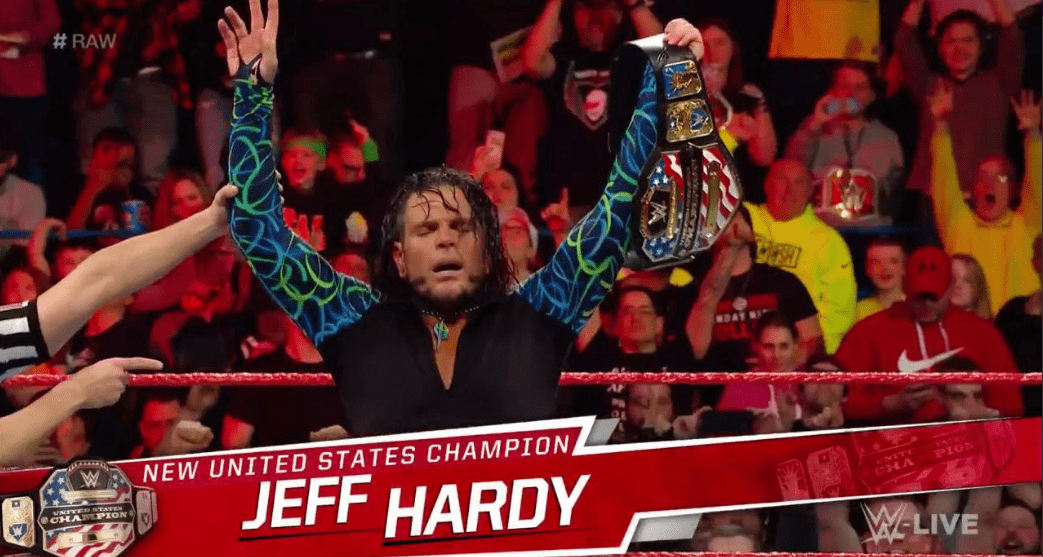 In just one week after his RAW return, Jeff Hardy has captured the United States Championship. Hardy defeated the newly drafted Jinder Mahal to procure the US Title.

Overwhelmed with this great achievement, Hardy revealed his thoughts on the situation:

First and foremost, I have never been the United States Champion. So this might complete the set as far as my career goes. But I don’t know if I can take anymore, I mean it don’t get much better. I mean I am just coming back from my rotator cuff surgery, my brother’s so WOKEN he’s out of control. So it feels good to be just Jeff Hardy: The Charismatic Enigma and unite with my fans like I am best for.

As reported earlier, Jinder Mahal has invoked his rematch at the Greatest Royal Rumble event in Saudi Arabia. Hardy also opened up about this situation and talked about this big match:

Again, I don’t know if I can take much more. I am going to Saudi Arabia as the United States Champion? Wow. This is nuts. But good for him, good for me. I am up for the challenge. If I beat him once, I can beat him again and to beat him over there would be wow, so bizarre, dream come true.

Here’s the clip of the full backstage interview with Hardy:

Are you excited for the return of Jeff Hardy as the Charismatic Enigma? Sound off in the comments below…