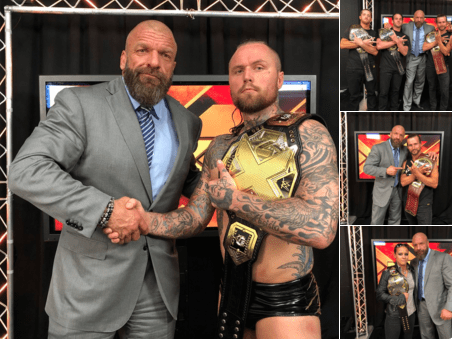 In fact, the yellow and black brand was the first event to sell out on WrestleMania weekend, outselling the Hall of Fame Induction, Raw, and SmackDown, which all took place at the Smoothie King Center right across from the Superdome. The show itself was possibly the best end to end Takeover in NXT’s young history, and has even garnered two 5 star match ratings from wrestling guru Dave Meltzer.

Last night, Triple H took to Twitter to let us know that this was the most viewed Takeover of all time.

In front of a SOLD OUT and most viewed ever #NXTTakeOver, @WWENXT began its NeXT chapter, its NeXT evolution…its NeXT Era.

At this point, I believe the “developmental” brand has proven how vital it has become to the WWE, and the quality of their specials speaks just that.