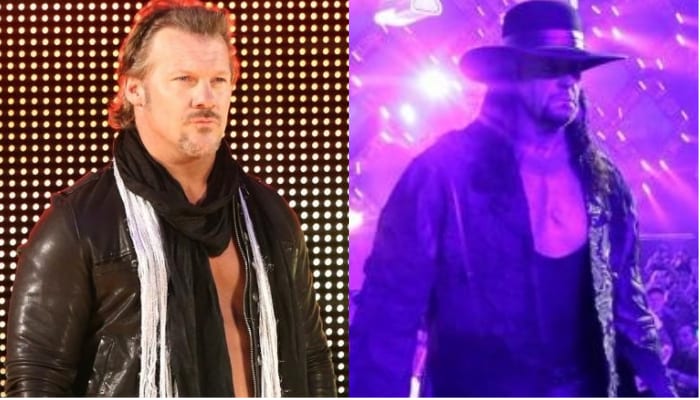 Chris Jericho has defeated The Undertaker before. He beat The Dead Man on the Feb 9th, 2010 episode of SmackDown and again on Feb 21st, 2010 at the Elimination Chamber where Y2J defeated Taker, John Morrison, CM Punk, Rey Mysterio, and R-Truth to become WWE World Heavyweight Champion. So Jericho is obviously looking for a repeat even though no title is on the line.

Taker and Y2J have crossed paths many times before in their careers so it could stand to reason this match will be very good especially considering the combined number of years of veteran experience that will be in the ring at the Greatest Royal Rumble.

But Chris Jericho didn’t hold much back as he said he planned to “bury his ass” when it comes time to perform in the Kingdom Of Saudi Arabia on April 27th.