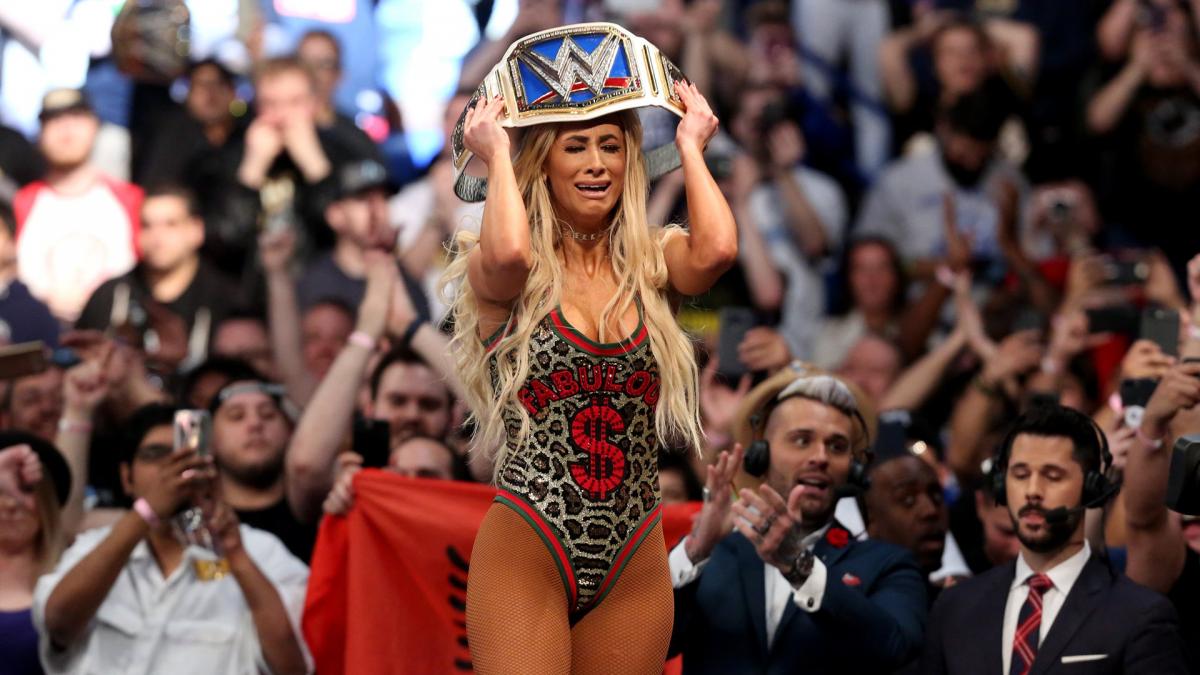 Carmella’s SmackDown Woman’s Title win came at a great moment just as WWE prepares to reshuffle the deck in the Superstar Shake-Up. But now that Carmella is the top woman on SmackDown Live it looks like she’s not going anywhere unless they really want to mix things up.

It was speculated that Carmella wouldn’t be able to win the title when she finally cashed it in. If there were actually plans for her to unsuccessfully cash in at WrestleMania then those plans were obviously changed because Asuka tapped out to the Figure 8 and Carmella stayed silent.

But she pounced on her opportunity after Peyton Royce and Billie Kay debuted to give Charlotte an Iconic debut beatdown. Now Carmella is the new SmackDown Women’s Champion and there were a few people who sent out their congratulations to The Princess Of Staten Island including WWE Hall Of Famer Trish Stratus.

Congrats @CarmellaWWE!! Had a chance to chat with (former?) Ms. Money in the Bank this #WrestleMania weekend and I really enjoyed our (mostly silly) chats! Looking forward to what’s next, no doubt she’s well on her way to a #fabulous career! #andnew #sdlive pic.twitter.com/syVRfyz0Go

Paige did her duties as SmackDown Live General Manager to send out a tweet to Carmella. It looks like Paige is fitting into her new role nicely even though there’s no doubt she would have rather been walking out of the Smoothie King Center with the gold instead.

Congrats to @CarmellaWWE for cashing in and becoming the NEW Smackdown Live women's champion! You did it! You beat the best @WWE

Bayley sent out a message of happiness to Carmella as well. It might be ironic if she was drafted over to SmackDown Live next week and her attitude about the new SmackDown Women’s Champion changes.

Okay now my heart has exploded! Congratulations to the new #SDLive Women’s champion, @CarmellaWWE!!! Ahh I wish I was there tonight. I love you!