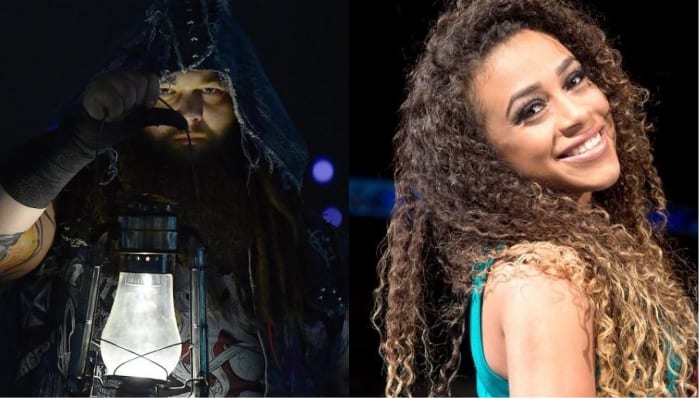 Bray Wyatt and WWE ring announcer JoJo Offerman are an item and that’s not really anything new. We’ve previously reported about how it caused problems in Bray’s marriage and led to its end. But the two are now happily together even though there also might be a messy divorce to deal with as a result of their relationship.

Blogging website Geekdom101 might have had the best intentions but really seemed to rub Wyatt the wrong way when they tweeted out a picture of JoJo with a caption reading: “This is JoJo Offerman. She comes from a rich and wealthy family. She is messing around with Bray Wyatt… not for the money… but because she likes him because of his personality, despite him being a ‘fat neckbeard’ to many. Believe in YOURSELF.”

Okay, to be fair they did call Bray “a fat neckbead,” so it might be understandable that Wyatt went so hard here.

The Eater Of Worlds held nothing back when he unleashed while further adding to his own resume in the process. But the best part is definitely the picture of this fan that Bray included as the cherry on top of his reply.