Lane opens today’s show by playing a clip of Wrestling Observer’s Dave Meltzer, who was speaking this past week about the calibre of Braun Strowman’s matches. Meltzer said that wrestling matches isn’t Strowman’s forte, and one of his more recent matches wasn’t any good at all.

Russo says that Meltzer fails to look at the business side of professional wrestling when he makes comments like this. He points out that performers like Strowman are the reason people buy tickets. Andre the Giant and Hulk Hogan matches weren’t “great” technically but those two men sold out arenas around the world. 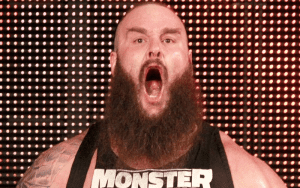 Meltzer went on to talk about a recent 205Live match featuring TJP and Buddy Murphy. He said this was a “legit four-star match”, and a great match that everyone should have loved it. However, he added that while 15% of crowd loved it, the rest of the crowd didn’t care.

Russo says that the last sentence says it all. He points out that if a film studio executive heard that only 15% of the audience enjoyed a certain movie they’d consider it a failure and move on. Instead of taking this approach, Meltzer tries to convince everyone that they’re wrong about what’s good and what’s bad.

At one point this past week Pro Wrestling Torch’s Wade Keller interacted with a fan on Twitter, attacking the Ultimate Warrior in the process. Keller implied that no one over age of 12 liked Warrior, and other wrestlers had to struggle to make him look competent in the ring. Russo wonders what the point is in taking cheap shots at a dead guy when he’s not here to defend himself.