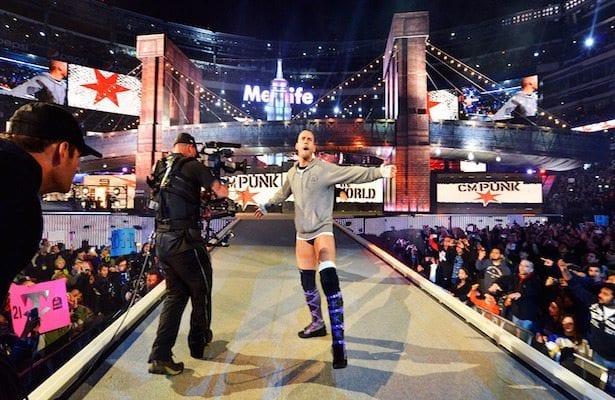 When you hear CM Punk chants go off during a WWE event it’s usually not a good thing for whatever happening in the ring. There were a couple bursts of CM Punks chants during Mania this year and some would say rightfully so.

Indie wrestling personality AJ Kirsch Tweeted out his observation from seeing WrestleMania and how some fans decided to spend their time in the Superdome.

“I wonder how much those fans spent to throw beach balls and chant CM Punk’s name. I mean…tickets to the show, flights, hotels, food, and probably drinks and maybe merch. That’s a lot of money to spend just to show everyone you’re an asshole.”

CM Punk saw this and he had something to say about it. Apparently, he didn’t seem to mind the fact people still chant his name as an anthem of revolting against whatever is being booked. But he also let it be known how he felt about AJ’s opinion.

Or you could just let everyone know you're an asshole for free by telling them what to do with their own money. https://t.co/vEOWqJo6hC