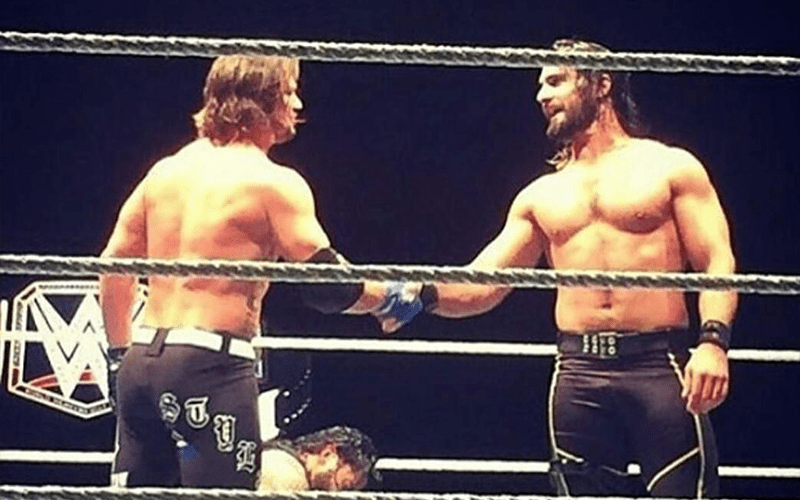 Seth Rollins is on a role. He just captured his first Intercontinental Championship at WrestleMania (making him a grand slam champion) and he kept his winning streak alive with a victory in last night’s six-man tag main event. Post Raw in a WWE Exclusive, Rollins was interviewed regarding the Superstar Shakeup occurring next week, and was asked by Mike Rome who he would like to face if possibly drafted to SmackDown Live. It didn’t take the Architect long to give an answer.

As for potential opponents…I mean I would be remiss’d if I just didn’t say A.J. Styles. I mean that’s a dream match for a lot of people but that’s a dream match for me. It has been a long LONG time since I have been in the ring one-on-one with A.J. Styles, and at the end of the day he’s the champ, and I’m gunning for the title. So, I think that’s one that I got right at the top of my list.

H/T and transcribed by RingSide News

Another dream match to add to the list. I think we can safely say that A.J. Styles is the best in the world considering how many superstars just want to tangle with the Phenomenal One.