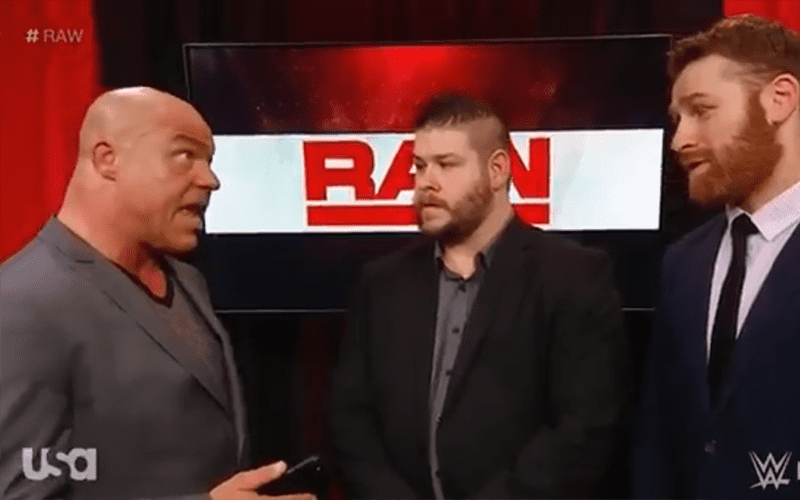 As seen on Monday’s episode of RAW, Kurt Angle made a reference to Impact Wrestling/TNA. Angle said, “My tag team division is full but I hear that TNA is hiring!”

Kurt Angle is in the TNA Hall of Fame #RAW #RAWAfterMania pic.twitter.com/E4AnIMrCri

Several Impact talents reacted to Angle’s remarks, which you can see below.

Turn their heads in our direction.. for this Thursday, we steal the show.. #DemonsDance#DemonAssassin#WantTakeHave#IMPACTonPop pic.twitter.com/o9NMvONB6j

Everybody thinks that the TNA line was a burn on TNA. Nope. TNA wins. We've been trying for like 15 yrs to get WWE to mention us on their tv show. #RAWAfterMania