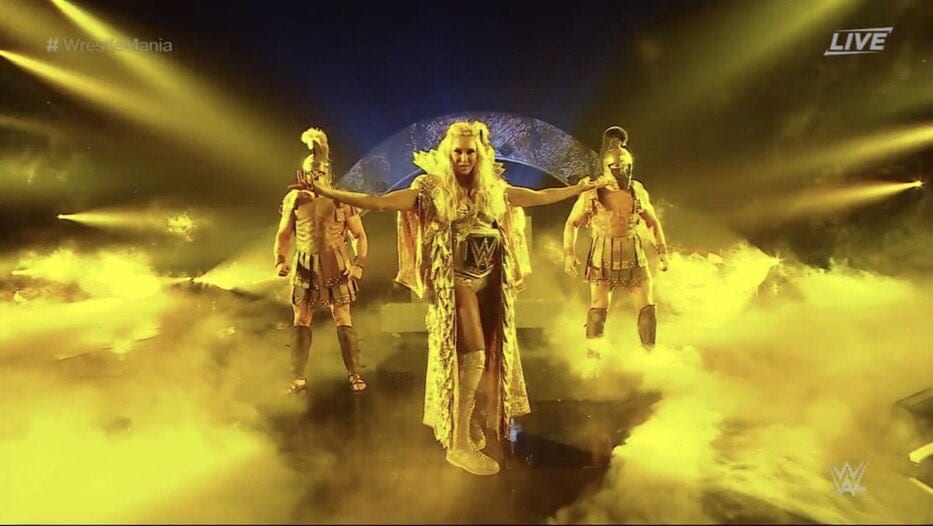 Charlotte Flair had a pretty good showing at WrestleMania. Not only did Flair defeat Asuka making her tap out for the Figure 8 but she also had a pretty nice entrance as well.

WWE will sometimes place special attention on key moments in the night and The Queen got a great chance to sit on her throne on the Grandest Stage Of Them All this year.

She had some Gladiators by her side as well but as it turns out they were no stranger to the ring. NXT’s Dan Matha, Riddick Moss, and Tino Sabbatelli were all playing Flair’s assistants during her entrance.

It wasn’t very long ago when Charlotte Flair had a similar role as part of Triple H’s entrance and maybe in a few years Matha, Moss, or Sabbatelli might look back at that moment as their first WrestleMania experience as well while preparing for actual competition.

Dan Matha, Tino, and Riddick were the Gladiators for Charlotte's entrance. pic.twitter.com/juNfH3Tuqq