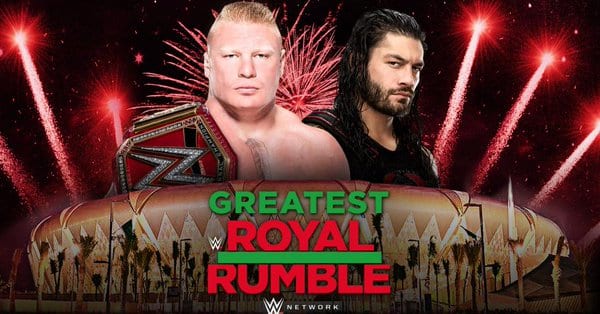 Things seem to be up in the air in a lot of respects where Brock Lesnar is concerned but one thing that we don’t have to worry about is his WWE status.

WWE has announced that Brock Lesnar signed a new deal with WWE. He’s also going to defend his Universal Championship against Roman Reigns once again but this time it will be in a steel cage match during the Greatest Royal Rumble event in Suari Arabia. This match is scheduled for April 27th and will air at noon for fans in the eastern time zone.

Although the length of Lesnar’s new deal wasn’t revealed at this time. It’s very interesting that Lesnar vs Reigns will happen in a steel cage match during an already loaded show at the Greatest Royal Rumble event.