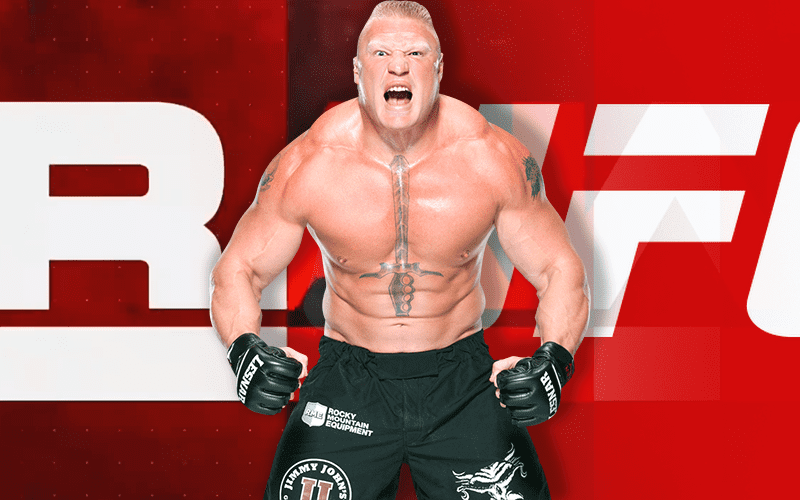 While answering questions, White was asked if Brock Lesnar has signed a deal with UFC and that’s when Dana revealed the news that Brock is signed to deals with both companies.

You can listen to Dana’s remarks embedded in the video below.

Lesnar has just about six months from his previous suspension with the U.S. Anti-Doping Agency that he would have to fulfill before re-entering the pool. Lesnar’s contract with WWE is set to expire tonight and it remains to be seen if he will re-sign with the company.