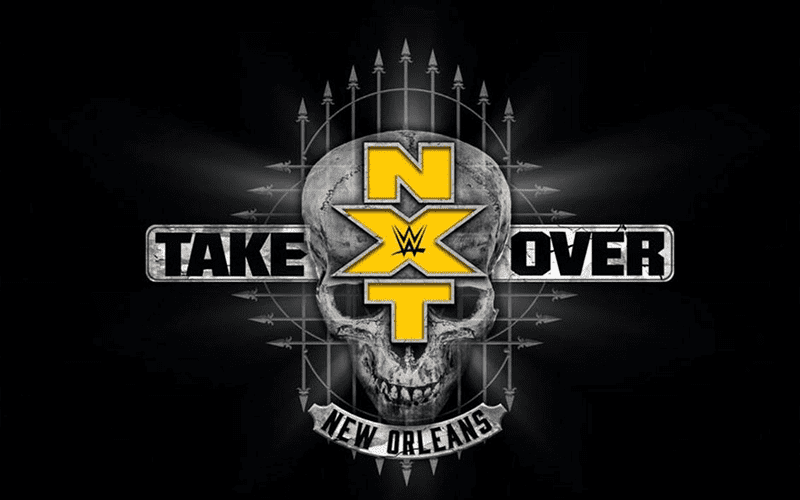 For a year or two now, NXT has felt like it was in a constant state of rebuilding, following the loss of Finn Balor, Kevin Owens, Sami Zayn, Neville, The Revival and most of the women’s division. The rebuild took some time and there was periods of underwhelming runs, like Bobby Roode and Drew McIntyre as Champions, however tonight’s TakeOver marks the first night of a new NXT. The main event features a great heel Champion against a beloved babyface, two massively over former partners go to war in a bout only NXT could have, the women’s match features the end of a bitter rivalry, and a huge ladder match determines a new Champion and welcomes two new faces to the brand. The next generation has well and truly arrived.

We’ll start with the brand new NXT belt, and that is the North American Championship. William Regal announced the new title and that the first Champion would be crowned in a huge six-man ladder match that features Killian Dain, Lars Sullivan, The Velveteen Dream, Adam Cole, and two new faces, EC3 and Ricochet. This is a massive match because of the men involved and the stipulation but also the ramifications. NXT has long needed a mid-tier title, for the likes of Adam Cole or Kassius Ohno to wear, to help feel like some big names aren’t just being left behind. The United Kingdom Championship is practically an NXT title but it’s also a separate entity and I don’t think anyone ever expects Pete Dunne to lose it to an NXT regular like Roderick Strong. So tonight will mark the debut of a new Championship and the man to wear it, and for once, I could see every guy in the match walking out with the belt and that’s good booking.

Our main event tonight features the long road to the top of the mountain for Aleister Black. The man from Amsterdam has been a red-hot babyface since debuting in NXT and many thought he would rocket to the top of the division, however it’s been a much longer road than that. Black now stands at the precipice but the wily and resourceful Andrade Almas stands in his way. Almas has been a revelation this year and totally deserves his run with the title, however I think it’s time for Black to grab the gold and become the face of NXT. These two can continue their rivalry until the next TakeOver and that keeps Almas in contention until he, presumably, moves to Raw or SmackDown. This may not be the most exciting match on the card, right now, but it will be a barn-burner for sure.

Then we have the, arguable, true main event of the evening. The unsanctioned match between Johnny Gargano and Tommaso Ciampa is a master-class in booking. These two former partners have, through some unfortunate injuries, been kept away from each other for almost an entire year since Ciampa’s turn. Ciampa got injured and thus they couldn’t settle their grudge there and then, which ultimately worked in their favour because, in the interim, Gargano got Daniel Bryan levels of over with the NXT faithful, and Ciampa transformed himself into an old-school heel in incredible shape. Now these two can unleash fury upon each other and it means so much more than it would have 10 months ago, which shows the power of a long, slow build. This is the night’s most anticipated bout and it should blow everything else out of the water.

Elsewhere on tonight’s card, Ember Moon defends her Women’s Championship against Shayna Baszler, and the NXT Tag Team Championships are on the line as The Undisputed Era face The Author’s of Pain and the team of Roderick Strong & Pete Dunne. There’s lots to look forward to at tonight’s NXT TakeOver: New Orleans, and the guys and gals of NXT are sure to give WrestleMania a run for its money. Enjoy the show!