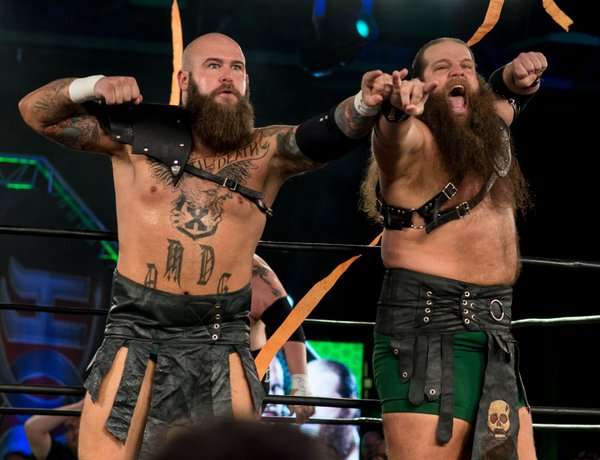 Anyone who was aware of what Warbeard Hanson and Raymond Rowe can do in the ring was thrilled to hear about them signing to WWE.

The two used to go as War Machine when they took over ROH and New Japan, but now that they’re in WWE things needed to be toned down a bit.

The tag team made their official NXT debut before NXT TakeOver: New Orleans in a match we can only assume was being filmed for their television show very soon. But when Ray Rowe and Hanson came out the large screen displayed the name “War Raiders” instead.

Although they might have dropped the War Machine name War Raiders might not be too different after all they kept the word “war” in there and that seemed to be the issue, to begin with. Either way, those guys are going to do an awful lot of damage in WWE if they’re booked properly.