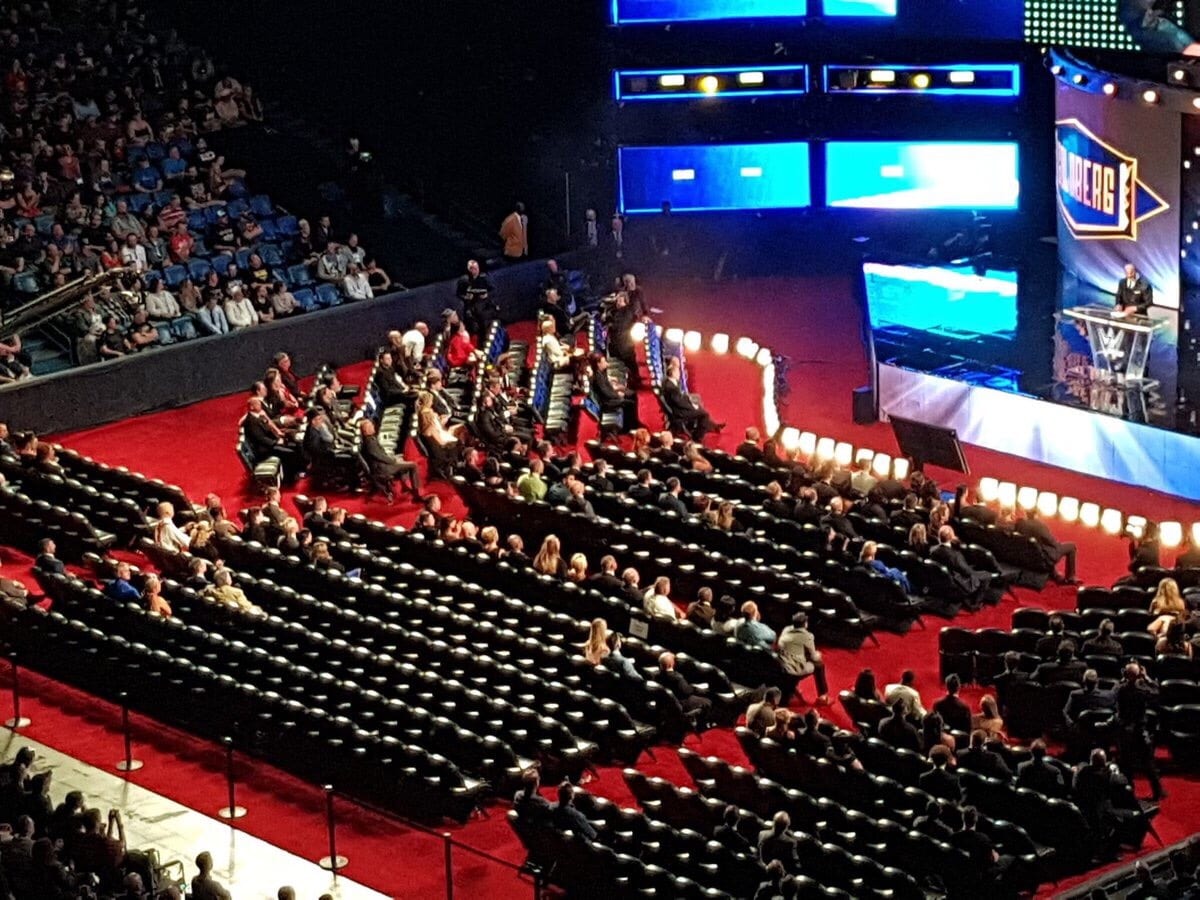 Many fans found this year’s ceremony especially frustrating because just like in the past it didn’t seem like many people had an idea about how much time they were really taking up on the stage or how boring they were.

The Dudley Boyz were pretty entertaining but by the time Hillbilly Jim got on the stage, it wasn’t fun anymore. Even Mark Henry’s amazing speech couldn’t hold viewers and I can only imagine how many people turned off on the WWE Network because by the time Goldberg hit the stage he was giving his speech in front of an empty house.

Fans who paid to attend the ceremony might have stayed if they wanted to get their money’s worth but they soon saw most of the WWE Superstars in attendance get up and just leave by the end of the show. Actually, Xavier Woods looked like he was bar hopping by the time Henry got on stage.

This is the kind of thing WWE doesn’t want you to see which is why we’re gladly sharing it here. Let’s just say that USA Network cuts the WWE Hall Of Fame down for a reason when they air it. 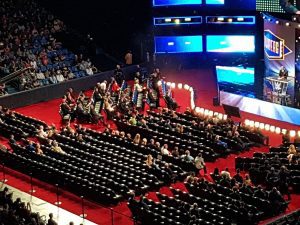