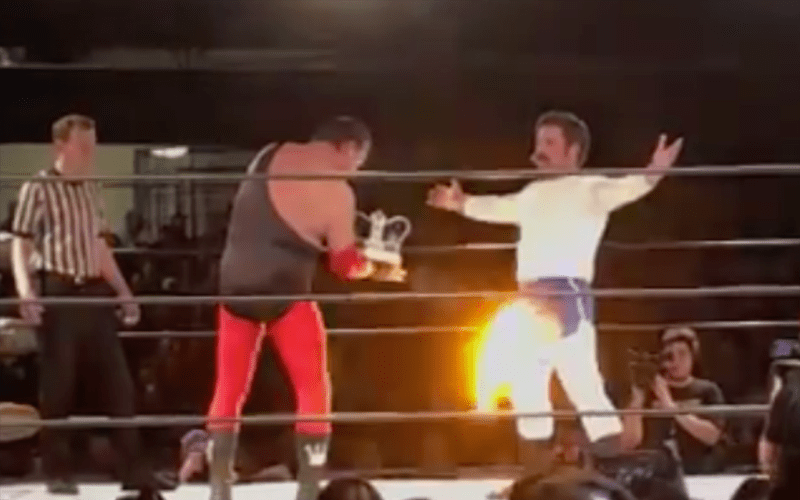 The world of professional wrestling is bizarre and outright hilarious sometimes. WWE Hall of Famer Jerry “The King” Lawler has had his fair share of hilarious moments throughout his long career but nothing quite like this.

Something absolutely shocking happened at a WrestleCon match between Lawler and popular indie wrestler Joey Ryan. For those of you who don’t know, Joey Ryan’s gimmick is that his penis has the power to defeat all his opponents with just one flip.

So, Lawler being the trickster he is, decided to test Ryan’s penis by shooting a fireball at it. One of the fans in attendance managed to get the footage of this hilarious incident:

Guess Joey will have to come up with a new finisher now.

What did you think about this hilarious altercation between Lawler and Ryan? Sound off in the comments below…