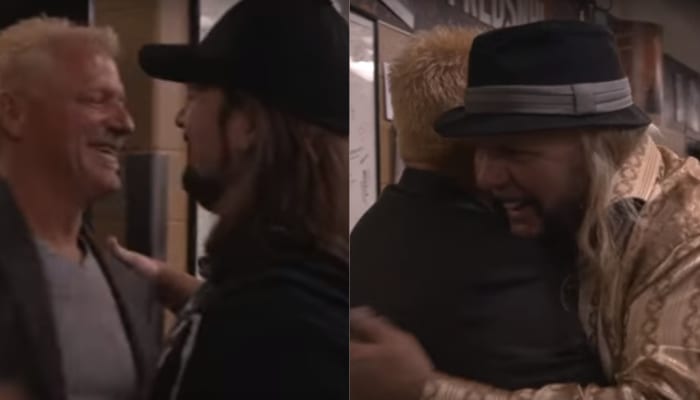 Jeff Jarrett is in the WWE Hall Of Fame and this is not a strange dream because it’s really happening.

With SmackDown Live in Nashville last night, Double J just had to stop in. You can see by the video below that the first person who saw him was AJ Styles and his reaction was priceless.

In a real surprise, he was very happy to see Zack Ryder too which answers the question if anyone has ever been excited to see Zack Ryder. But there were hugs all around as he met up with several Superstars and backstage personalities that he used to know and will continue to work with in the future.

But we’ll just throw this one out there, if Jeff Jarrett is WWE’s plan for a SmackDown Live General Manager replacement after Daniel Bryan moves back to the active roster side of things, then they could really do better.