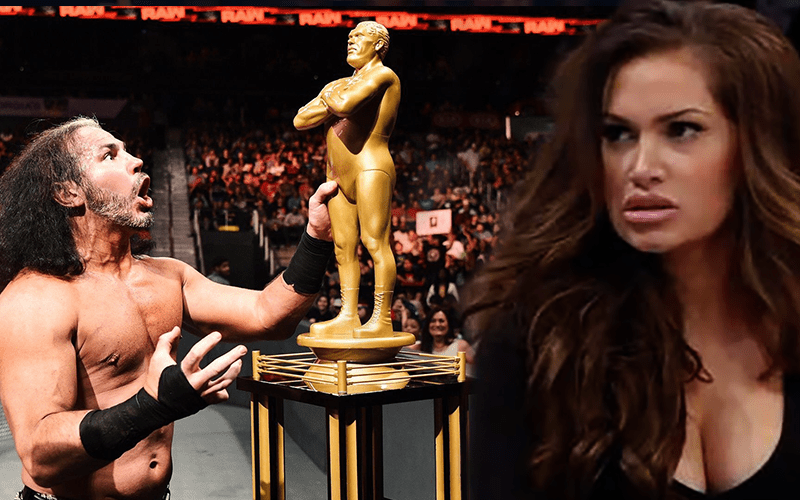 Matt Hardy recently experienced one heck of an awakening and now his Woken Wisdom is spiling all over Raw every Monday night. But unfortunately, he doesn’t have a bigger match at WrestleMania.

However, Hardy is in the Andre The Giant Memorial Battle Royal and he’s going to make the most of it. In an attempt to grab that brass ring, he also lovingly cuddled with the Andre The Giant trophy on Raw this week and it was quite a special moment.

Matt’s wife Reby saw the footage of her hubby fondling a trophy of the Eighth Wonder Of The World and had something to say about it. “My goal in life is to get my husband to look at me the way he looks at this inanimate statue,” was her response and it really isn’t too much to ask.

Maybe Matt will win the trophy and be allowed to bring it home to the compound so they can set it in the corner of their bedroom. That would be WONDERFUL!

My goal in life is to get my husband to look at me the way he looks at this inanimate statue. pic.twitter.com/KzmvhcrQ3Y