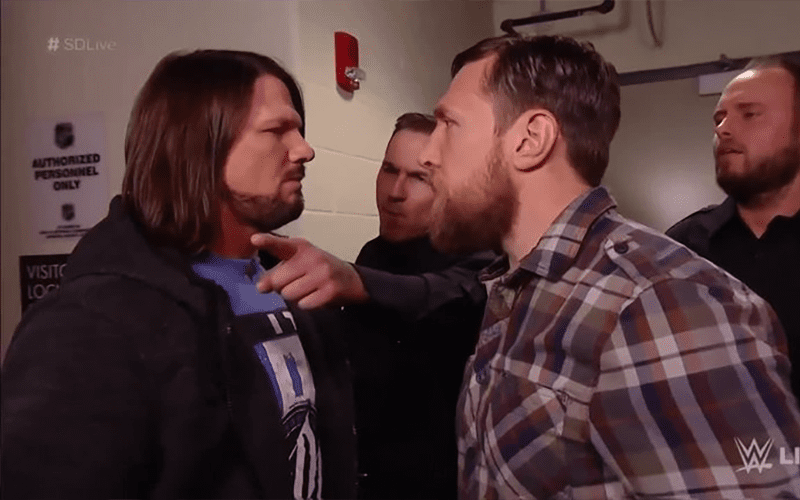 While speaking to Sports Illustrated, AJ Styles discussed the possibilities of stepping into the ring against Daniel Bryan not that he’s cleared to return to action. Styles admits that he doesn’t exactly know when that match is going to happen but said that he’s in line.

Styles also discussed defending the WWE Championship against Nakamura at WrestleMania and explained what it’s such a special match.

“This match is special because we’ve yet to see it in WWE. The only other time we were in the ring together was more than two years ago [in New Japan Pro Wrestling]. We gave people a taste in the “Money in the Bank” match, and that moment let everyone in the back know how special this match could be. The fans responded by asking for this match, and I want to give it to them. Shinsuke won the Royal Rumble, so now we have that opportunity. If you know the history between myself and Shinsuke, you’re pretty excited about this match. But even if you don’t, just think what Shinsuke Nakamura is capable of and what AJ Styles is capable of. To mix those two together is going to be something special.”

Do you want to see Daniel Bryan vs. AJ Styles? Sound off in the comment section below…