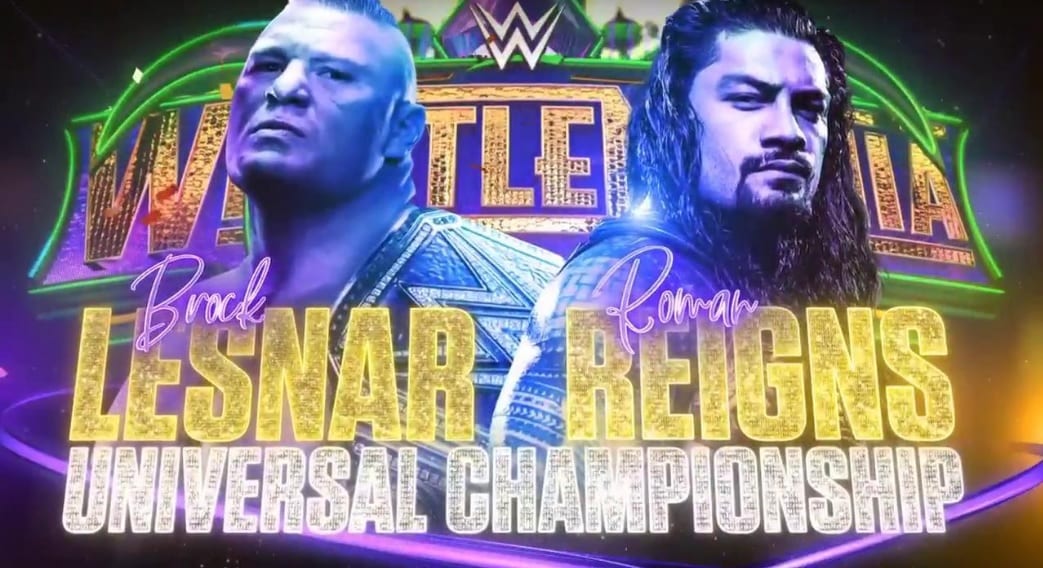 With all that said, there’s a lot that could go wrong. But honestly, what’s the worst that could happen? The answer? A whole heckin’ lot.

Imagine this: both men make their way to the ring, and there are fireworks everywhere. Bell rings, and Lesnar immediately clocks Reigns in the mouth with an honest-to-God punch that scrambles his brains. Lesnar totally cleans Reigns’ clock.

After a few more punches, Brock “Beast ‘Conqueror’ Incarnate” Lesnar puts Roman “The Big Dog” Reigns in a Brazilian jiu-jitsu submission that chokes the life out of the challenger. Roman taps out, and the match is over. Total duration? 2 minutes and 12 seconds.

Vince angrily strolls down the long-ass ramp to the ring, and then Brock punches him in the face as well. Wrestlemania goes off air.

Lesnar then holds the Universal Championship hostage for another year before vacating it and then setting the belt on fire in the middle of the ring and then F-5’ing a Make a Wish Kid onto the burning belt.