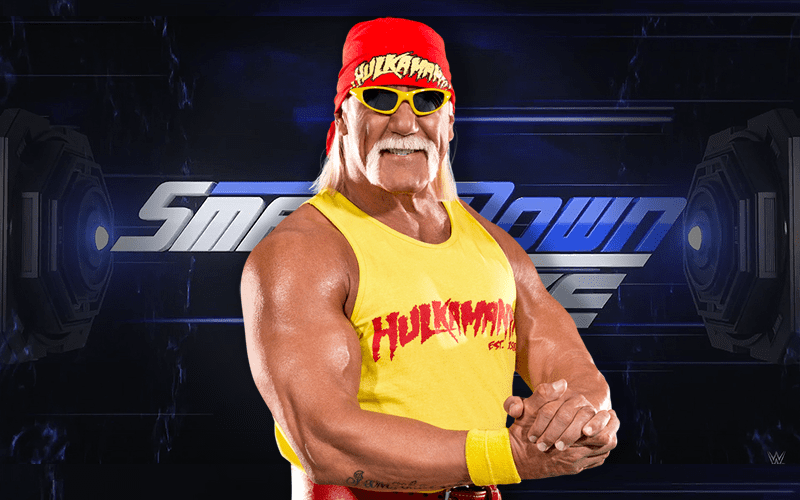 During today’s installment of Wrestling Observer Live, Bryan Alvarez was asked about Hulk Hogan possibly returning to WWE and being appointed the new SmackDown General Manager. Alvarez said that while he doesn’t know for sure, he believes that it’s very possible that it could happen.

“I don’t think that it’s impossible that the GM ends up being Hulk Hogan. I mean, he ain’t going to be wrestling, I can tell you that much.”

Alvarez mentioned that WWE is arranging for Hulk Hogan to come in for the Andre The Giant HBO Premiere this Thursday in Los Angeles, California. This will be Hogan’s first appearance for the company since 2015 and it will probably get a lot of media coverage. This could be the company’s way to re-introduce Hogan and give him a platform to apologize for the remarks he made in his sex tape and possibly smooth things over with sponsors.

Alvarez pointed out that Shane McMahon has been diagnosed with diverticulitis and he will be out of the picture as an authority figure for SmackDown. Bryan is returning to action so that leaves no one in the position to run SmackDown. Who better to bring in than Hulk Hogan?

It remains to be seen what WWE decides on doing but we will keep you updated if we receive any other information on Hulk Hogan and his return to WWE.