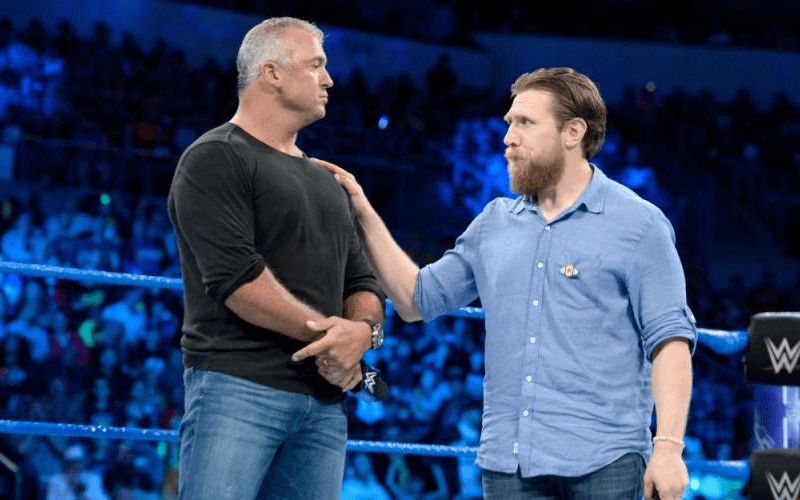 Dave Meltzer discussed Shane McMahon being diagnosed with diverticulitis during the latest installment of Wrestling Observer Radio and said that plans for WrestleMania will likely change course.

According to Meltzer, Shane is in really rough Shape and Daniel Bryan will likely need a new tag team partner for the scheduled match between Shane & Bryan vs. Kevin Owens & Sami Zayn for WrestleMania.

“Shane McMahon was diagnosed with diverticulitis. So that match at WrestleMania is going to have to be changed. Shane McMahon & Daniel Bryan vs. Sami Zayn & Kevin Owens match which is liking going to be announced tomorrow. I guess that he went to the Caribbean. While there he developed a massive infection due to diverticulitis. He was hospitalized in Antigua, flown back to New York and he’s currently hospitalized with a heavy dose of antibiotics. He also suffered a umbilical hernia, which they are crediting to the attack by Owens & Zayn but he suffered a hernia as well. He had surgery on that after the infection goes away. So, he’s in really rough shape. That hernia surgery is a pretty bad one. It’s not unusual but it’s a very painful surgery. The diverticulitis is a pretty bad deal as well, so he’s probably not going to be around for a while. I asked around about what’s going to happen and it all kind of broke in the last couple of days. Tomorrow we will have a lot better idea but they are probably going to have to switch courses. Go in another direction. Probably Daniel Bryan in a tag team — getting another tag team partner would be the most-likely situation.”

While Meltzer couldn’t elaborate on who exactly would be replacing Shane in the match, Bryan Alvarez suggested that Chris Jericho would be perfect for the role. However, Jericho would have to cancel his concert he has that day in order to make WrestleMania which seems very unlikely to happen.

We will keep you updated if we hear anything else regarding Bryan’s partner for WrestleMania.

Who do you want to see Daniel Bryan tag with at WrestleMania? Sound off in the comment section below…