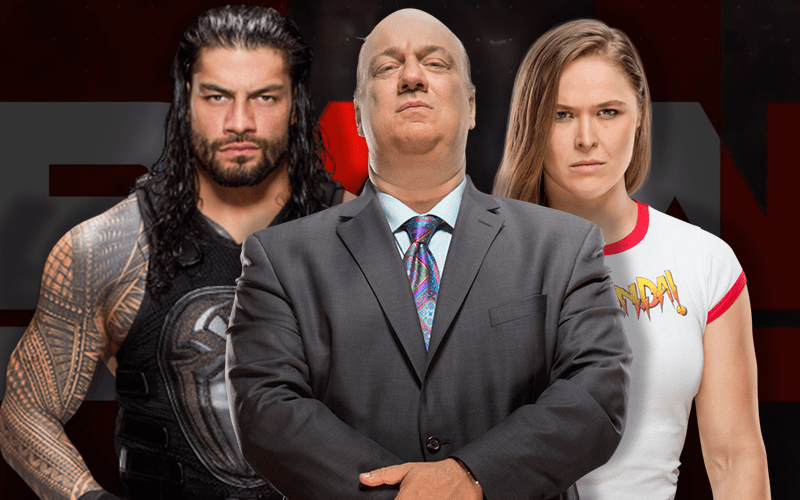 The Wrap recently did an article on the future of Paul Heyman post-Wrestlemania 34. It is no secret that Heyman’s client, Brock Lesnar, is not scheduled to re-sign with the WWE and will probably be looking to return to the UFC.

This leaves Heyman without a role to play after WrestleMania 34. It was recently revealed that Heyman will host and co-produce an unnamed show of his own outside of the WWE, but more concrete details on the subject are yet to arrive.

However, this doesn’t chalk him out of continuing his current gig in the WWE. The Wrap reports that Heyman could indeed continue the same role he is currently playing with either of these two superstars: The newest WWE signee and former UFC Women’s Bantamweight Champion, Ronda Rousey or the man who will probably defeat his client at WrestleMania, Roman Reigns.

Being a “Paul Heyman Guy/Girl” is an achievement in itself and this could indeed be beneficial to whoever Heyman takes under his wing. It would be interesting to see if this actually happens because fans have been yearning for a new Paul Heyman Guy/Girl for a long time now.

Do you think we could see Heyman managing either Rousey or Reigns in the very near future? Let us know in the comments below…